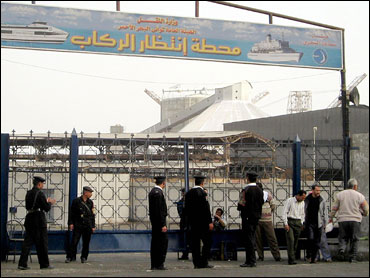 The West brings out the best in the Toronto Maple Leafs.

With Curtis Joseph making 33 saves and Fredrik Modin scoring two goals, the Maple Leafs defeated the Vancouver Canucks 5-1 Wednesday night and improved their record against the Western Conference to 9-1-1.

"Western teams are actually better in some respects than the teams in the East. Hopefully we'll get that evened out soon, but on the good side," said Maple Leafs coach Pat Quinn, whose team won its fifth straight at home.

Vancouver is the only Western team to beat the Maple Leafs this season.

In a battle of the two highest scoring teams in the NHL, Joseph sparkled for the Maple Leafs.

"The guys did a good job in front of me so I could see the puck," said Joseph, whose record improved to 9-6-2.

The Canucks trailed 2-1 after the first despite outshooting the Maple Leafs 13-6.

"Joseph did what he does best -- stand on his head early," said Canucks captain Mark Messier. "We had some chances but we just couldn't capitalize."

Modin's goal 15 seconds into the third came on an errant pass from Vancouver defenseman Mattias Ohlund. Modin came in alone on goalie Garth Snow and gave the Maple Leafs a 3-1 lead.

"It feels good to get a couple of those," said Modin, who added a goal later in the game to give him six for the season.

Canucks coach Mike Keenan was pleased with his team's effort, but was disappointed with a few errors that cost them.

"Those are mistakes you can't make in this league," said Keenan, whose team lost its third straight and fourth in five games. "I'm not going to criticize the players who made them because they're logging the most ice time."

In an unusual tactic, Keenan pulled Snow midway through the third period with his team on the power play while trailing 3-1. Yushkevich banked a shot off the boards froToronto's side of center and it ricocheted into the empty net to make it 4-1. Snow then returned to the goal.