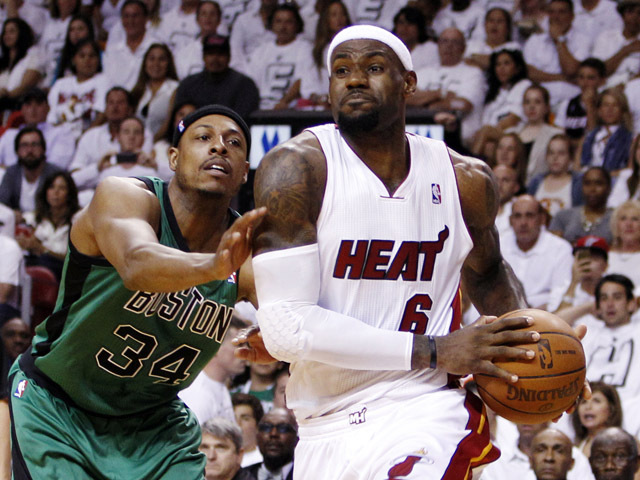 (AP) MIAMI - LeBron James scored 32 points and grabbed 13 rebounds, Dwyane Wade scored 10 of his 22 points in the fourth quarter and the Miami Heat beat the Boston Celtics 93-79 on Monday night in Game 1 of the Eastern Conference finals.

Shane Battier, playing in the conference finals for the first time, scored 10 points and had 10 rebounds for the Heat, who wasted an early 11-point first-half lead before running away to break a halftime tie.

Kevin Garnett scored 23 points and grabbed 10 rebounds for Boston, which got 16 points, nine rebounds and seven assists from Rajon Rondo and 12 points from Paul Pierce.

Game 2 is Wednesday night in Miami.