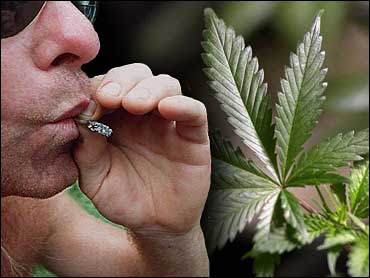 A parliamentary committee called for legalizing marijuana use among adults, increasing pressure on the government to shift drug laws away from the zero-tolerance policy of the United States.

The report by the Senate Committee on Illegal Drugs recommended that Canada adopt a system that regulates marijuana the same way as alcohol, and expunge criminal records for marijuana possession.

"There is no good reason to subject the consumers of cannabis to the application of criminal law," said Sen. Pierre Nolin of the Progressive Conservative party. "In a free society as ours, it's up to the individual to decide whether to consume cannabis or not."

While not binding, the report will force Prime Minister Jean Chretien's Liberal Party to explain what provisions it accepts or rejects and why.

Under current law, marijuana possession is illegal in Canada. Last year, the government passed regulations allowing eligible medical patients to grow and possess marijuana, but has yet to create a distribution network.

Nolin, chairman of the Senate committee, said the panel concluded no evidence existed that marijuana was a "gateway" drug leading to the use of harder drugs such as cocaine and heroin.

"Scientific evidence overwhelmingly indicates that cannabis is substantially less harmful than alcohol and should be treated not as a criminal issue but as a social and public health issue," he said.

Another member, Colin Kenny of the Liberal Party, said the 600-page report had the committee's unanimous support.

The government would avoid encouraging marijuana use, just as it refrains from encouraging alcohol consumption, Nolin said.

"No one on the committee wants to see an increase in the use of cannabis," Kenny said.

Without directly mentioning the United States, Nolin said the committee's recommendations would be palatable to important allies and trade partners.

"Our relationships with our friends are solid enough to work out the implications of what we are doing," he said.

Eight U.S. states have taken some kind of step toward permitting the medicinal use of marijuana. But the U.S. Supreme Court ruled last year that there is no exception in federal law for people to use marijuana.