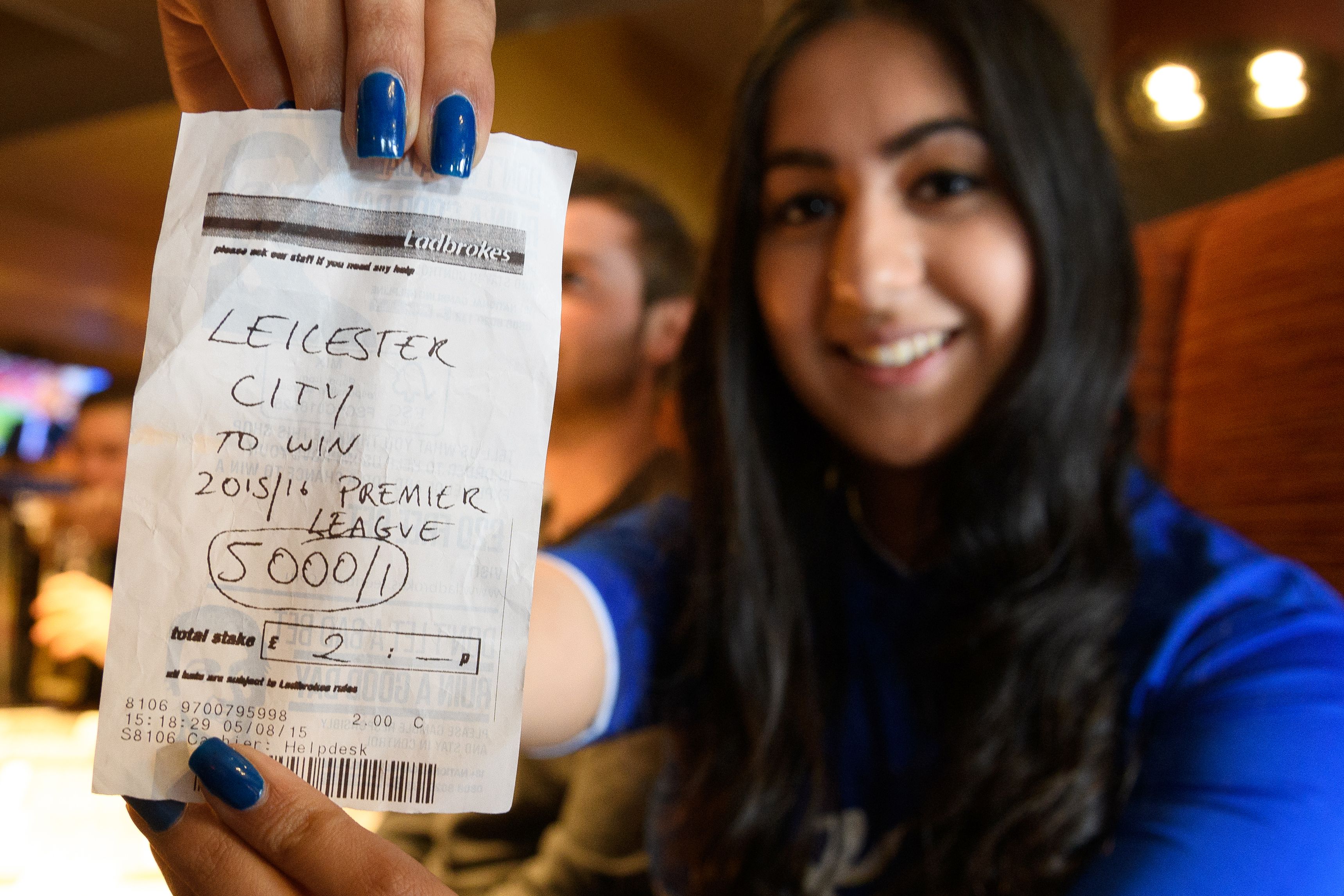 MANCHESTER, England -- Leicester missed its first opportunity to clinch the Premier League title, drawing 1-1 at Manchester United on Sunday to move within two points of the most unlikely championship in English soccer in a generation.

Second-place Tottenham, which is eight points behind Leicester, must beat Chelsea away on Monday to keep alive the title race.

Leicester fought back at Old Trafford after going behind to Anthony Martial's eighth-minute goal, with captain Wes Morgan heading in a free kick to equalize in the 17th. Leicester midfielder Danny Drinkwater was sent off in the 86th for a second yellow card.

A win would have sealed the title for Leicester, a modest team from central England that narrowly escaped relegation last season and entered bankruptcy protection only seven years ago while in the third tier. Leicester's remaining games are against Everton at home next weekend and Chelsea away on the final day of the season, but it might not go that far.

Leicester manager Claudio Ranieri was flying to his native Italy later Sunday to visit his 96-year-old mother. He will return on Monday, during the Chelsea-Spurs match.

"I will be the last man to know the result," Ranieri said with a laugh.

United's failure to win kept the team fifth and dented its ambitions of qualifying for the Champions League. But this game was all about Leicester, and whether Ranieri's team - a 5,000-1 longshot for the title with British bookmakers before the season - could achieve the seemingly impossible feat that would rank among the biggest underdog stories in sports.

The team known as "The Foxes" are still heavy favorites, and their vocal, flag-waving travelling contingent made that very clear as they chanted, "We're going to win the league" over and over after the final whistle.

It would be the most implausible top-flight title triumph since Brian Clough's Nottingham Forest won in 1978. So endearing is Leicester's story that even United supporters applauded the Leicester players off the field at Old Trafford.

"We had to dig in and be resilient," Morgan said. "It's a point and it's a step in the right direction."

Ranieri's team of rejects, journeymen and unheralded foreign players has been confounding the doubters all season and they did so again at the so-called "Theatre of Dreams."

Back in December, the unlikely notion of the team winning the title prompted a promise from one former player and current broadcaster Gary Lineker:

Leicester had barely got out of its own half by the time Antonio Valencia cut inside from the right and sent over a cross that fell at the feet of Martial, who sidefooted powerfully past Kasper Schmeichel at the far post.

The response by Leicester was swift. Morgan was just too strong for Marcos Rojo as he barged his way into the six-yard box to meet Drinkwater's inswinging free kick with a header past goalkeeper David de Gea, who had little chance of keeping the ball out.

"We shall not be moved," cried the Leicester fans, who were in full voice throughout.

United was lucky to finish the first half with 11 men after the referee missed Marouane Fellaini lashing out at Robert Huth, first with his forearm and then with his elbow. Fellaini appeared to be reacting after his hair was pulled by Huth.

Fellaini could get a retrospective ban, which may rule him out for the rest of the season.

"Fellaini is reacting like a human being," Van Gaal said, "because when I grab you with your hair and pull it backwards, you shall do also something to me, I believe."

The second half was more even, with Leicester looking more dangerous on the counterattack and from open play. United came closest to scoring when Chris Smalling glanced a header against the post.

There was late drama when Drinkwater, yellow-carded in the 58th minute for tugging Marcus Rashford, was shown the red card for pulling back Memphis Depay as the substitute raced toward the area.

Drinkwater will miss the home match against Everton and be free for the Chelsea game. He might own a Premier League winner's medal by then.