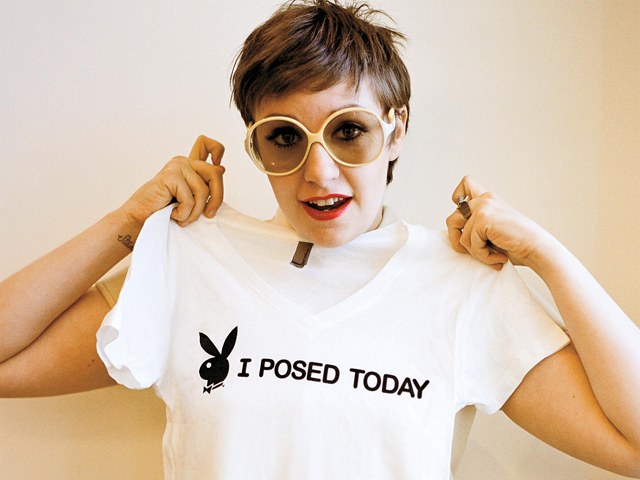 What would Lena Dunham do if she woke up tomorrow in the body of a Victoria's Secret model?

That's what Playboy asked the "Girls" creator/star in its April issue. Her response: "I don't think I'd like it very much."

"There would be all kinds of weird challenges to deal with that I don't have to deal with now," Dunham told the magazine. "I don't want to go through life wondering if people are talking to me because I have a big rack. Not being the babest person in the world creates a nice barrier."

But the 26-year-old would still be curious about some of the perks that model body would bring. "I probably would want to see if I could get free food at restaurants," she added. "Then I'd call a doctor and see if she could return me to my former situation."

Dunham, who is currently dating the band fun.'s lead guitarist Jack Antonoff, also spoke about how her taste in men has changed.

"When I was younger I liked men who gave me some guff," she said. "Now I'm much more into someone who is interesting and open with his emotions, has a really good sense of humor and a passion for what he does, wants to hang out with my parents and doesn't want to stay out too late."

She added, "If I can get excited imagining funny things he did as a kid, there's a pretty good chance I'm in love with him."