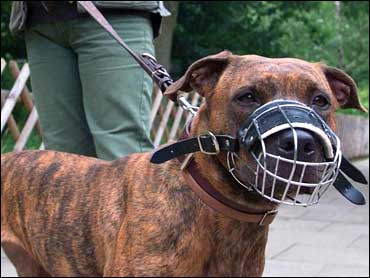 
Twenty year ago or so I did one of the first reports on pit bulls for CBS News.

Dogs were chewing up people in Texas, and most of the seriously hurt victims had been attacked without provocation.

I sat with a woman on her porch and she recounted how a neighbor's pit bull had run up the steps and lunged at her leg. Miraculously, she did not bleed to death, though where her right calf had been was mostly bone and scar tissue.

Later that day I sat in the local prosecutors office and he showed me a file full of crime scene pictures from pit bull attacks. I almost got sick.

The next day I traveled deep into the piney woods of east Texas to meet a pit bull breeder. The animals were tethered to tree stumps with logging chains. They make great pets, he said.

Maybe in the right hands.

But, too often, the dogs are never really trained. Left to their instincts, these animals will attack any perceived threat.