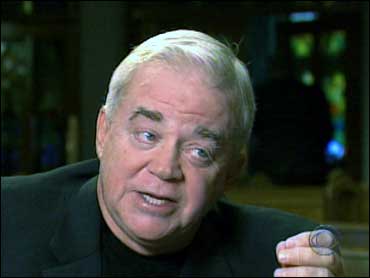 This column was written by Mark Tooley.

Several dozen prominent evangelicals have released a letter to President Bush in an effort to distinguish themselves from ardent pro-Israel evangelicals and to urge evenhandedness between Israel and the Palestinians.

The letter's authors got the idea while visiting the U.S.-Islamic World Forum in Doha, Qatar, where, according to The New York Times, they "met Muslim and American diplomats who were shocked to discover the existence of American evangelicals who favored a Palestinian state." The organizers plan to translate their letter into Arabic and distribute it internationally.

"As evangelical Christians committed to the full teaching of the Scriptures, we know that blessing and loving people (including Jews and the present State of Israel) does not mean withholding criticism when it is warranted," the letter read. "Perhaps the best way we can bless Israel is to encourage her to remember, as she deals with her neighbor Palestinians, the profound teaching on justice that the Hebrew prophets proclaimed so forcefully as an inestimably precious gift to the whole world."

The letter repeated a common media-grabbing formula for liberal evangelicals. Demand action on climate change, denounce U.S. policies on "torture," or insist on a less pro-Israel stance. The ostensibly surprising revelation that not all evangelicals are reflexively Republican is an almost guaranteed headline maker.

Inevitably, the spin is that evangelicals are breaking up as a reliable conservative voting bloc. Purportedly, younger and more progressive voices are emerging to speak for a new generation not identifying with old evangelical patriarchs like Jerry Falwell, Pat Robertson or James Dobson.

Claims of a seismic shift in evangelical opinion are usually exaggerated. Evangelical political opinion was never monolithic. About a third of white evangelicals voted for Bill Clinton. Twenty-five percent voted for John Kerry. Nearly 30 percent of Americans are evangelical, and millions of them commonly vote for Democrats.

There has always been an evangelical left. The 67-year-old Ron Sider, an organizer of the Israel letter, founded the left-leaning Evangelicals for Social Action in the early 1970's. Evangelist Tony Campolo, age 72, is one of the Israel letter's endorsers and has been prominent for decades but is perhaps most remembered for his service as one of President Clinton's three spiritual counselors after the Lewinsky scandal.

Gordon MacDonald, another signer, is a long-time evangelical author and pastor who was the second of Clinton's three spiritual counselors. Other signers include Christianity Today editor David Neff, Fuller Seminary president Richard Mouw, Florida pastor and global warming activist Joel Hunter, officers from several evangelical relief groups, and former Clinton-era U.S. Ambassador for Religious Freedom Robert Seiple. So, too, is Glenn Stassen, a Fuller professor, who kicked up dust before the 2004 election by suggesting that abortions rates had increased under Bush compared to Clinton. Another signer is Don Argue, a Pentecostal and former National Association of Evangelicals (NAE) president who struggled to develop NAE's ties to the liberal National Council of Churches during the 1990's.

"This group is in no way anti-Israel, and we make it very clear we're committed to the security of Israel," Ron Sider told the Times. "But we want a solution that is viable. Obviously there would have to be compromises." The signers insist that they share the evangelical perspective that God will bless all who bless the descendents of Abraham, a common biblical theme among pro-Israel evangelicals. But they assert that both Israel and the Palestinians have "legitimate rights stretching back for millennia to the lands of Israel/Palestine," and that a Palestinian state must include the "the vast majority of the West Bank."

These evangelicals also insist that "Both Israelis and Palestinians have committed violence and injustice against each other." Both sides must abandon their "competing, incompatible claims" and "accept each other's right to exist," for which "robust leadership" from the United States is required, to include a return to the "Middle East roadmap." As the Times observed, the evangelical letter signers were targeting not only the United States government but also the Muslim World. The letter had been conceived, after all, in Qatar at a conference on Islam. "We think it's crucial that the Muslim world realize that there are evangelical Christians in the U.S. in large numbers that want a fair solution," Ron Sider told the paper, hoping to counteract stereotypical images of zealous pro-Israel enthusiasts who supposedly think that any criticism of Israel is "anti-Biblical," as the Rev. Joel Hunter explained. The Times quoted a church historian who contrasted the letter signing evangelicals with pro-Israel evangelical "dispensationalists." These Christians are Zionists because of Israel's role in their end-times eschatology, he claimed. Although theirs is a "distinctly minority position theologically within evangelicalism," he said, pro-Israel evangelicals are a "major political voice."

Dispensationalism is strong among pro-Israel evangelicals, but it's not the only factor. Nor is a mystical connection between Israel and biblical prophecy confined to evangelicals. A Pew poll taken in 2003 showed that U.S. white evangelicals favored Israel over the Palestinians by 54 to percent to 6 percent, compared to 41 and 13 percent for the population as a whole.

Over 60 percent of evangelicals thought Israel would play a role in the Second Coming of Christ. But 21 percent of mainline Protestants and one quarter of Roman Catholics agreed with them.

White evangelicals tend to be more conservative politically over all and are generally more hawkish on matters of national security. Evangelicals strongly backed increased military spending and robust anti-communism during the Cold War. Ronald Reagan gave his "empire of evil" speech to the National Association of Evangelicals. Identification with a traditional American ally and with a fellow democracy also fuels evangelical support for Israel.

Ron Sider insisted that he and his fellow letter signers want "security" for Israel. But it's difficult to know what he, as a professed pacifist, means by security. Many of the signers are skeptical about the U.S. war against terrorism and place greater hope in international mediation than do typical evangelicals. The letters signers assume that Middle East peace depends on pressuring Israel into more accommodations. Most evangelicals are more skeptical.

Left of center causes are especially appealing among evangelical academics, who are sensitive about Religious Right stereotypes. Shaun Casey, a liberal evangelical who teaches at Wesley Seminary in Washington, D.C., and advises Democratic candidates, recently blogged:

For some evangelicals, separating from the Religious Right is politically motivated. But it is also about overcoming cultural baggage that identifies evangelicals with sawdust floors, big hair, and polyester suits. Ironically, now that evangelicals are America's largest religious group, the evangelical left is arguing, at least in part, that respectability means evangelicals must echo The New York Times.
By Mark Tooley
©