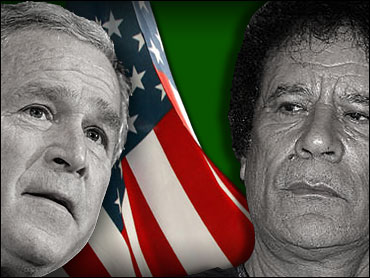 
"It's virtually impossible for diplomacy to work without diplomatic contact."

Edward (Ned) Walker, President of the Middle East Institute and a former assistant secretary of state for Near East affairs, may have stated not only the obvious but also the most instructive lesson of this week's news that the Bush Administration and Libya's Moammar Gadhafi have kissed and made up.

Secretary of State Condoleezza Rice made the official announcement in a statement, saying Washington has decided to raise America's diplomatic profile from a liaison office to a full embassy in Tripoli, thus renewing full diplomatic relations with Libya for the first time in more than 25 years. Moreover, Rice made public plans to remove Gadhafi's government from the State Department's list of state sponsors of terrorism. "Yes, it's a success," Walker said in an interview with CBS News, adding that the outcome demonstrated another lesson from the diplomatic playbook: "You don't walk away from talking to people."

Explaining the decisions to reporters, Ambassador David Welch, the current assistant secretary of state for the region, said they demonstrate "that when countries make a decision to adhere to international norms and behavior, they will reap concrete benefits." Indeed, Libya not only gets an embassy in Washington, it becomes a more likely destination for American tourists and business deals. Welch didn't even wait for reporters to ask the question on everyone's mind. Yes, he said, "Libya serves as an important model as we push for changes in policy by other countries such as Iran and North Korea."

Whether Iran and North Korea will choose to follow Libya's example remains a much debated question in Washington. A State Department official familiar with the different regimes allowed that Libya "does offer hope, but it's hard to see how the Iranian mindset will come along as the Libyans did. The Iranians are clearly not tired of the role they're playing."

The problem may be looking at the Iran and Libya cases along separate time frames. Washington didn't engage with Libya directly until after it had met certain internationally imposed requirements and had been under United Nations sanctions for some years. Even then, it took another half decade for Libya to satisfy Washington it was really out of the terrorism and WMD business, thus achieving this week's diplomatic outcome. Iran is just now going before the close scrutiny of the international community, and it's far from clear whether the Security Council will even get to the stage of actually imposing sanctions. "For us," the State Department official said, "the model begins once the nation engages successfully with the U.N., and we don't see Iran doing that now."

For others, including Walker, the time to talk to the Iranians is now. Just leaving direct talks to our European allies is not a real answer because Iran is looking for security guarantees from the Washington. Simply put, the regime in charge in Tehran wants to know the Bush administration's policy is not aimed at throwing it out of office. "Frankly, I can't see the Iranians giving anything to the Europeans." Walker says. Bruce Jentleson, a Duke University foreign policy analyst, reinforces that view, saying "the only party who can give assurances on regime change is the U.S."

Jentleson looks at the two cases and says one difference is that we did have direct talks with the Libyans. He says the importance of those negotiations was "for them to understand that if they did change their policy (on weapons of mass destruction and terrorism), we wouldn't do regime change." Which leaves open the question: Is that not a tactic worth trying on the regime in Tehran? 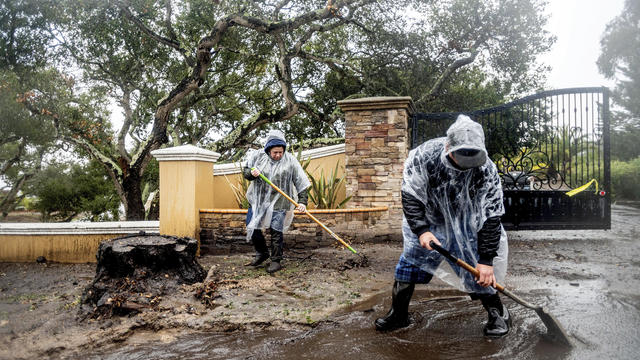