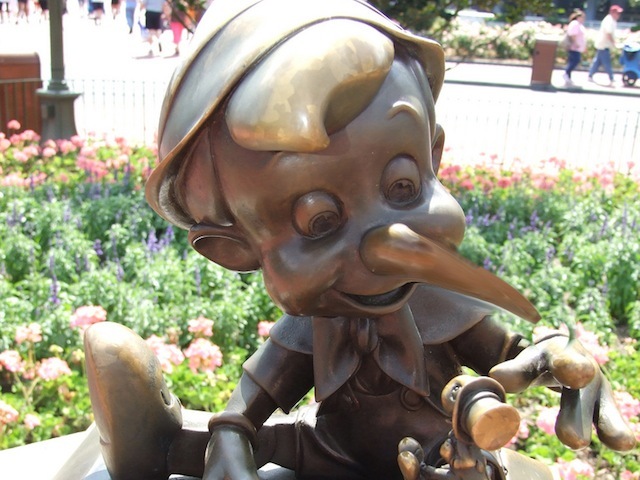 (MoneyWatch) COMMENTARY It's a good thing I write commentary for real people in the real working world and not to win voters over to the right or left. That simple fact allows me the latitude to actually be straightforward and genuine. Mainstream journalists should try it sometime.

That little bit of satire was brought to you by Thursday's Associated Press "news" story, and I use that term loosely, indicating that the U.S. Census Bureau American Community Survey suggests that the economy has finally "bottomed out."

The article hangs its flimsy premise on a number of "glimmers of hope in an economic recovery" (their words, not mine). I've got no skin in this game, but for the life of me I cannot understand how anyone can spin -- I mean interpret -- this data to look like good news and somehow keep a straight face.

Lies, damn lies and unemployment dataThe truth about job creationAre we better off today than 40 years ago?

The best quote from the article, hands down, is "analysts say the latest census data provide wide-ranging evidence of a stabilizing U.S. economy." So who are these "analysts" quoted in the story? A professor of sociology, an executive with the Population Reference Bureau (whatever that is) and a demographer. Some analysts.

To its credit, the article did actually cite one economist, Harvard's Richard Freeman, who said, "the data point to a 'fragile recovery' with the economy still at risk of falling back into recession ..." and "we are doing better than many other countries." Not exactly a ringing endorsement of the premise, if you ask me.

The article cites a lower unemployment rate of 8.9 percent (as of March, the end of the period covered in the Census survey), versus 9.6 percent in 2010. That's true. But according to the Bureau of Labor Statistics, the unemployment rate, which is now 8.1 percent, has remained above 8 percent for 43 straight months, longer than all the months from 1948 to 2008, combined. I'm not even going to get into how many people gave up looking for jobs or are underemployed.

The sociology professor, Andrew Cherlin of Johns Hopkins, said, "We may be seeing the beginning of the American family's recovery from the Great Recession," because of "an upswing in mobility" and "young men moving out of their parents' homes." I don't know what mobility has got to do with anything, but maybe, just maybe, kids are getting kicked out because their unemployed parents can't afford to keep them on the gravy train.

The article goes on to say that, "More young adults are staying in school." That's because there are no jobs and they have nowhere else to go. Sort of obvious, don't you think?

The article optimistically says that "Americans were slowly finding ways to get back on the move," with about 12 percent of the population moving to a new home, up from 11.6 percent in 2011. Sure, I believe that data. Everyone I know that moved to a new home is either downsizing or getting out from under an upside-down mortgage.

It points to "slowing growth in the foreign-born population" because "many Mexicans already in the U.S. opted to return home." And how is that good news? They're leaving because there's no work here. You know America's in bad shape when things are better in Mexico.

Sure, the poverty rate is still increasing, but at a slightly slower rate. Whoopee. More people -- 13 percent of U.S. households or one in eight families -- are on food stamps. That's the highest number ever recorded. And home ownership dropped to 64.6 percent, the lowest it's been in over 10 years and the fifth-straight annual decline.

Also unmentioned in the article:

- According to the Census Bureau report, median household income declined in 18 states. Only one state, Vermont, showed an increase.

- In an article entitled Face It: 2013 Is Gonna Be a Bummer, 79 economists surveyed by Bloomberg lowered their consensus estimates for gross domestic product growth in 2013 from a lackluster 2.5 percent to an anemic 2.1 percent.

- The Federal Reserve last week unleashed a fresh wave of "quantitative easing," essentially flooding the U.S. economy with $40 billion a month by buying up mortgage bonds. Why did Fed chairman Ben Bernanke decide to do that? Why do you think? To try to boost the economy and keep America from falling back into recession.

Look, I'm not saying the sky is falling. The sky fell a long time ago. What I am saying is that, if you want an honest assessment of the U.S. economy, one that doesn't lean one way or the other, it's this: Don't expect the sky to be back up where it belongs, all sunny and blue, anytime soon.