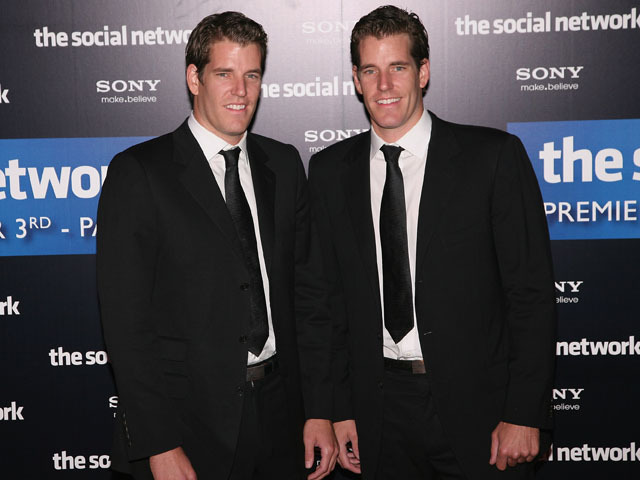 In a delish scene from the movie "The Social Network," the identical twins Cameron and Tyler Winklevoss wind up empty-handing after beseeching Harvard president Larry Summers for help in their losing battle against Mark Zuckerberg over Facebook.

Along with a third Harvard classmate, Divya Narendra, the Winkelvosses claimed that Zuckerberg ripped off their idea for Facebook. In the film, Summers came across in the film as being entirely unsympathetic to the twins' arguments why the college ought to do something to support their claims of ownership over the nascent social network. And now in one of those life imitating art moments, we learn that the scene was not much of a stretch.

"Rarely, have I encountered such swagger, and I tried to respond in kind," the former president of Harvard told interlocutor Walter Isaacson during a session at Fortune's Brainstorm Tech conference.

"One of the things you learn as a college president is that if an undergraduate is wearing a tie and jacket on Thursday afternoon at three o'clock, there are two possibilities," Summers said. "One is that they're looking for a job and have an interview; the other is that they are an a**hole. This was the latter case."