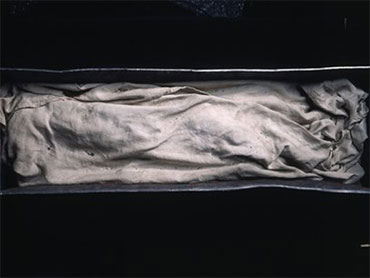 She was a beautiful English princess who married one of Europe's most powerful monarchs and dazzled subjects with her charity and charm.

Now an international team of scientists say they think they've found the body of Princess Eadgyth - a 10th-century noblewoman who has been compared to Princess Diana.

"She was a very, very popular person," said Mark Horton, an archaeology professor at Bristol University in western England. "She was sort of the Diana of her day if you like - pretty and full of good works."

Horton is one of a team of experts working to verify the identity of some bones found bundled in silk at Magdeburg Cathedral in Germany.

Should the skeleton be positively identified as belonging to Eadgyth, it would be oldest remains of any English royal discovered so far. Experts say her closest competitors - the bones of various Saxon royals in Winchester Cathedral in southern England - are so hopelessly jumbled together that no single person can be identified.

"If (Eadgyth's) skeleton is intact then, yes, as far as I'm aware, it would be the earliest identifiable remains from Anglo-Saxon England," said Simon Keynes, a professor of Anglo-Saxon history at the University of Cambridge.

The skeleton was uncovered as part of a wider research project into Magdeburg Cathedral, about 90 miles west of Berlin. The elaborate 16th-century monument in which the body was found was long thought to be empty.

When archaeologists opened the monument in 2008, they found a lead coffin bearing her name and carrying a nearly complete set of bones wrapped in silk.

Horton said the skeleton belonged to a woman between 30 years and 40 years of age. But there is some doubt as to whether it is the late royal: Historians believe Eadgyth's body was moved several times - a common practice as far as the bodies of saints and royalty were concerned.

It was possible that the bones were lost and swapped with someone else's during any one of the moves, he said.

"Quite often they scooped up any old bones and put them in," he noted.

Because different isotope ratios correspond to different kinds of geographic locations, the technique can help pinpoint where a person lived.

"Strontium is the smoking gun if you like," Horton said.

Gareth Williams, a curator at the British Museum, said the technique was "fairly highly regarded" among archeologists and should be able to show whether the skeleton's owner grew up in Germany or England, for example.

Keynes said if the skeleton could be shown to come from western or southern England there would be little doubt it was Eadgyth.

"If you can tell that scientifically, then wow," he said.

Eadgyth grew up at the dawn of the 10th century, a period during which her half brother King Athelstan extended his rule over all of England and drew on his sisters to cement his influence among foreign rulers.

"He's well known for having a superfluity of half sisters, and he married them off to the ruling houses of the rest of the known world," Keynes said.

Eadgyth was destined for Duke Otto of Saxony, a warlord's son who would eventually rise to become the first ruler of the Holy Roman Empire.

Tradition holds that she and her younger sister Adiva were both presented to Otto, who was invited to pick which one he liked best. Eadgyth's looks and charm won out over her sister's youth.

Keynes groaned when asked whether Eadgyth could be compared to Diana, whose marriage to Prince Charles in 1981 captured the world's imagination.

But then he read from the chronicle of Hroswitha of Gandersheim, a contemporary of the princess, who said Eadgyth was "resplendent with a wondrous charm of queenly bearing."

Then followed a particularly florid passage in which German nun writes: "Public opinion by unanimous decision rated her the best of all women who existed at that time."

"Now I remind myself of that, what can I say?" he said. "She certainly fulfilled for them the function that the Princess of Wales fulfilled for many Britons."

Eadgyth bore Otto at least two children, but like Diana, died young, both at age 36.

Test results are on the bones are expected back within six months or so.

"We hope that the case can be closed by the summer," Horton said.