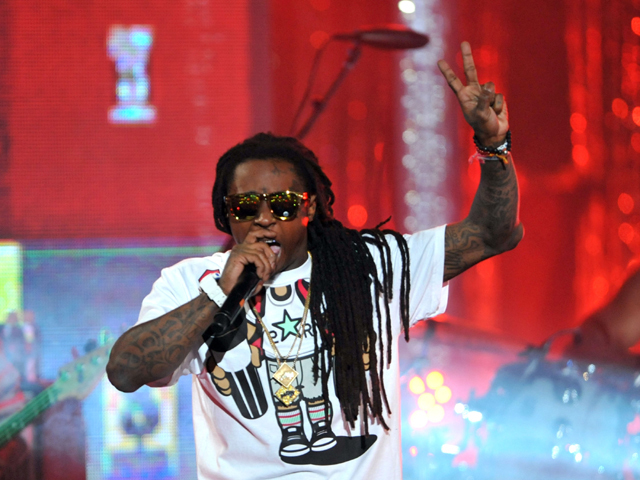 Lil Wayne has been hospitalized, but according to his camp and his official Twitter account — he's OK.

The multiplatinum rapper was hospitalized in Los Angeles on Friday and reps confirmed he was "recovering." He apparently tweeted to his fans from his official account on Friday night: "I'm good everybody. Thx for the prayers and love."

A person close to the superstar's camp who asked for anonymity because of the sensitivity of the matter confirmed to The Associated Press that Lil Wayne had a seizure. He has a history of seizures in recent years that have led to previous hospital visits.

While there were some reports that Lil Wayne was fighting for his life, members of his Young Money camp denied it on Twitter.

Before the tweet from Lil Wayne's account, rapper Mack Maine tweeted: "Wayne is alive and well! We watching the Syracuse game...thanks for the prayers and concern. he will update you all soon."

The 30-year-old New Orleans native, whose given name is Dwayne Michael Carter Jr., is one of the biggest stars of not only his genre but in all music. He's due to release his 10th album, "I Am Not a Human Being," on March 26.