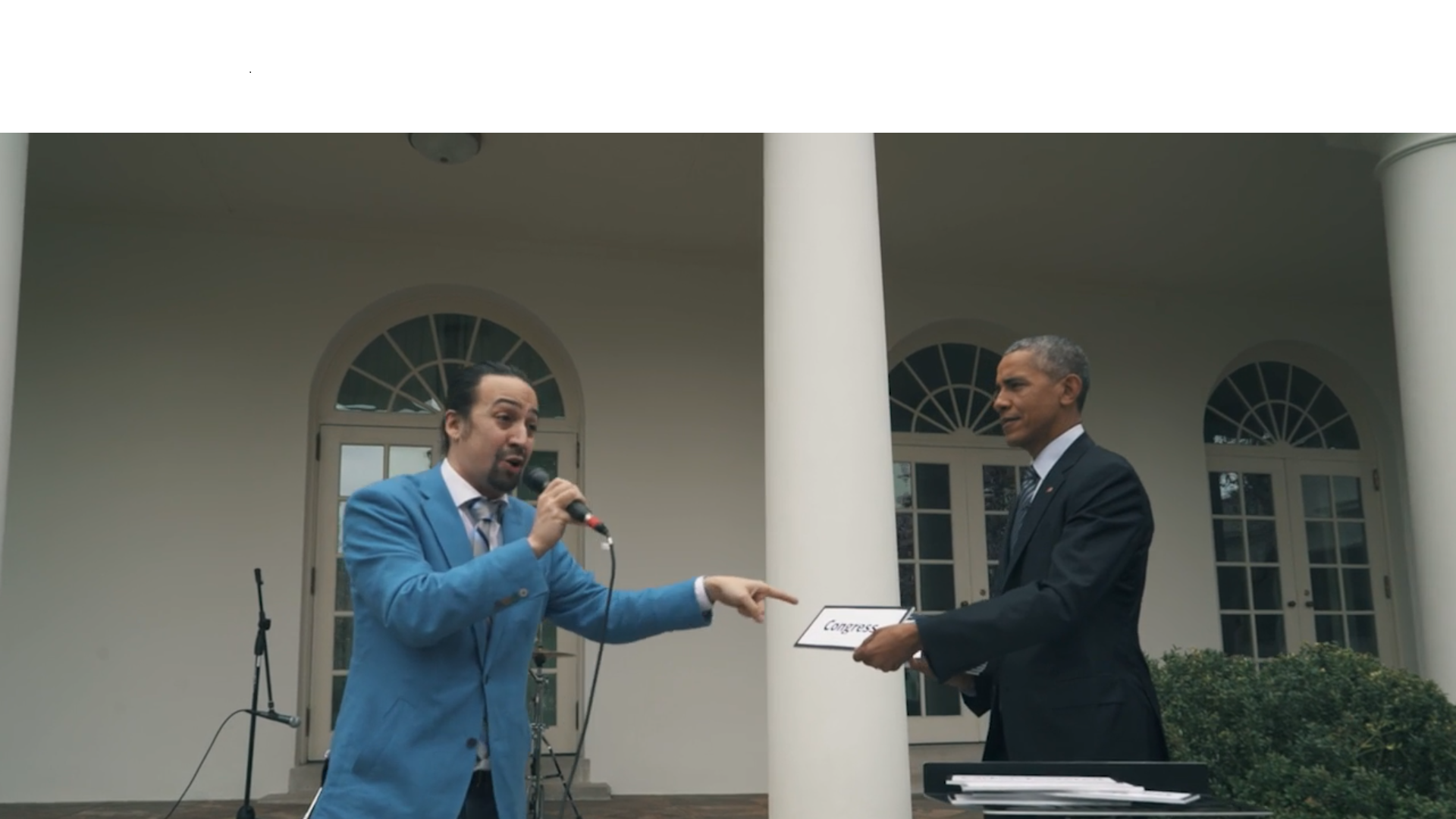 During a daylong visit to the White House by the cast of the Broadway hit "Hamilton," its star and writer-composer, Lin-Manuel Miranda, joined the president in the Rose Garden for some freestyling.

After the president nodded to the Marine band drummer and told him to drop the beat, Mr. Obama held up cards with a few words for Manuel to riff on -- "Constitution," "Obamacare," "The Federalist Papers."

When "Oval Office" came up, Miranda rapped: "POTUS is holding up signs -- I'm not done. It's the Oval Office. Oh my gosh, I can't believe I'm there -- it's so much more intimidating than if it was square."

Miranda tweeted about his visit: