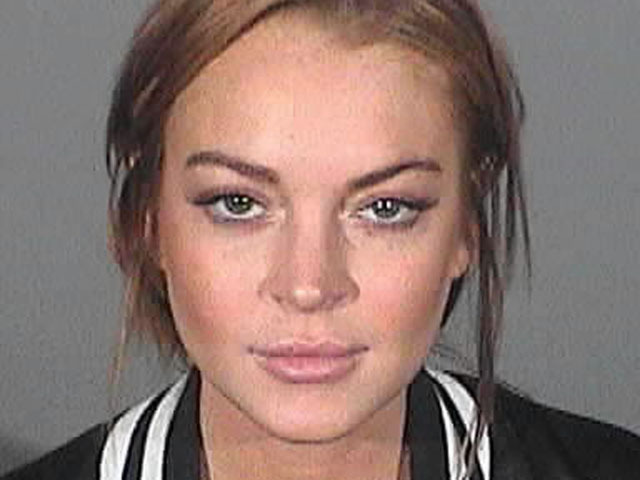 The troubled 26-year-old actress turned herself in to police in California as a formality Tuesday, the day after she accepted a plea deal in her misdemeanor car crash case. A spokesman for the Santa Monica Police Department said she was booked then released.

Lohan was sentenced to spend five days in jail, but that time will be served in a locked-down rehabilitation facility. It's part of a plea deal that includes 90 days in rehab, 30 days of community labor, 18 months of psychological counseling, a fine and restitution.

Lohan pleaded no contest Monday to reckless driving and lying to police who were investigating the accident involving the actress in June along the Pacific Coast Highway. A charge of obstructing an officer was dropped.

Lohan also was found in violation of her probation in a 2011 necklace theft and sentenced to 180 days in jail. However, she can avoid that jail time if she complies with the conditions of her plea deal, which extends her probation for two years.

Superior Court Judge James R. Dabney set another hearing for May 2, when the court must be given proof of Lohan's enrollment in a treatment program.

After a pair of arrests for driving under the influence in 2007, Lohan has resolved her numerous legal issues without going to trial.