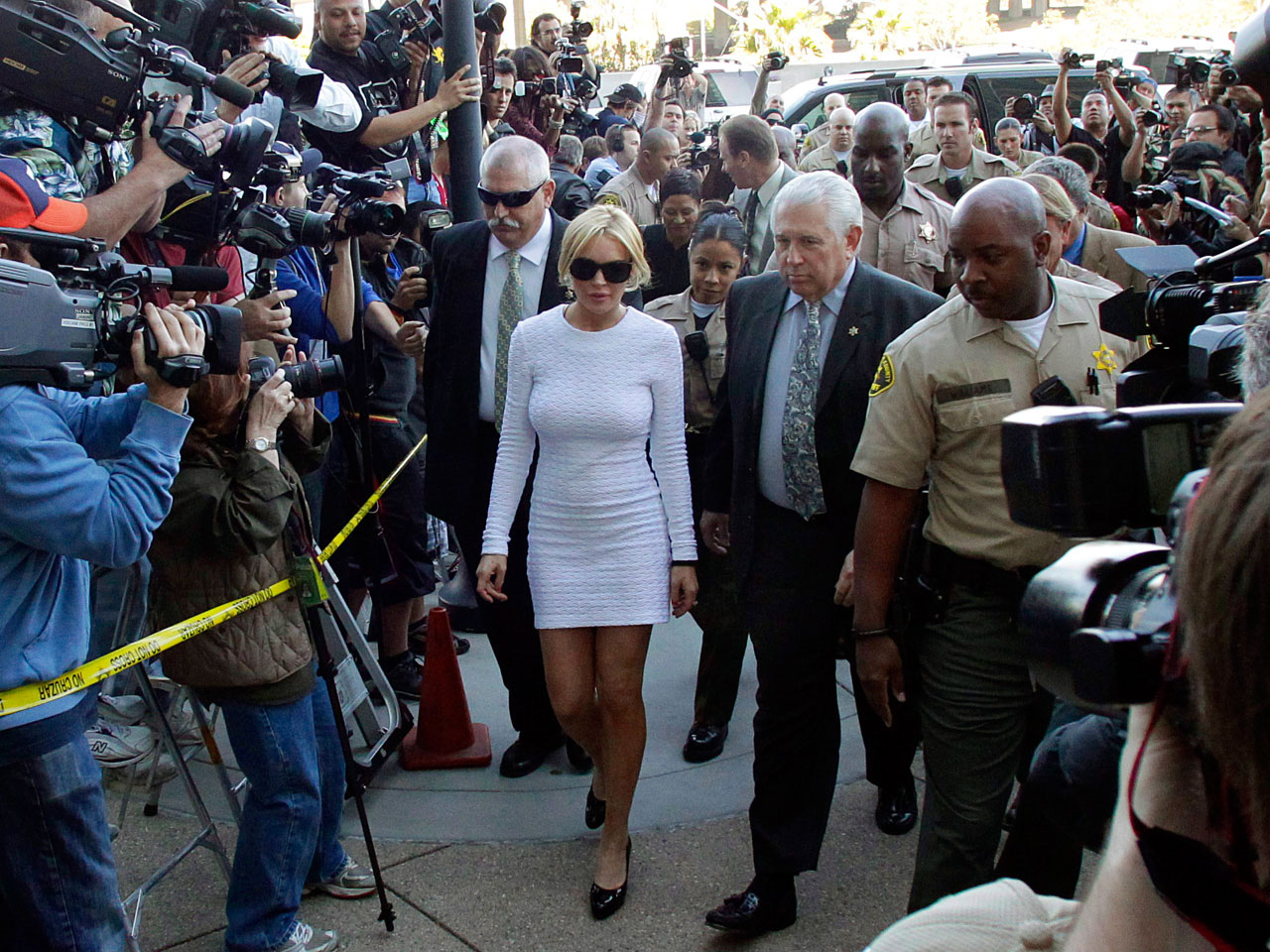 The 24-year-old actress appeared before Superior Court Judge Keith L. Schwartz at the Airport Courthouse in Los Angeles and entered the plea through her attorney.

Schwartz set bail at $40,000. He says it appears Lohan violated her probation and told her not to push her luck by getting into any more trouble.

"You're in a different situation now that a felony has been filed against you," he said. "If you violate the law, I will remand you and set no bail."

He also told Lohan she needs to obey the law.

"You need to follow the laws just like everybody else. Look around this room. Everybody needs to follow the law," Schwartz said. "You're no different than anyone else, so please don't push your luck."

Deputy Dist. Atty. Danette Meyers asked that Lohan and her associates refrain from contacting the jewelry store from which the necklace was allegedly taken. She said that the store received flowers after police launched an investigation into Lohan and didn't know what to do.

Prosecutors claim the 24-year-old starlet took the necklace in January while on probation for a 2007 drunken driving case.

If convicted of the theft charge, Lohan could face up to three years in state prison.