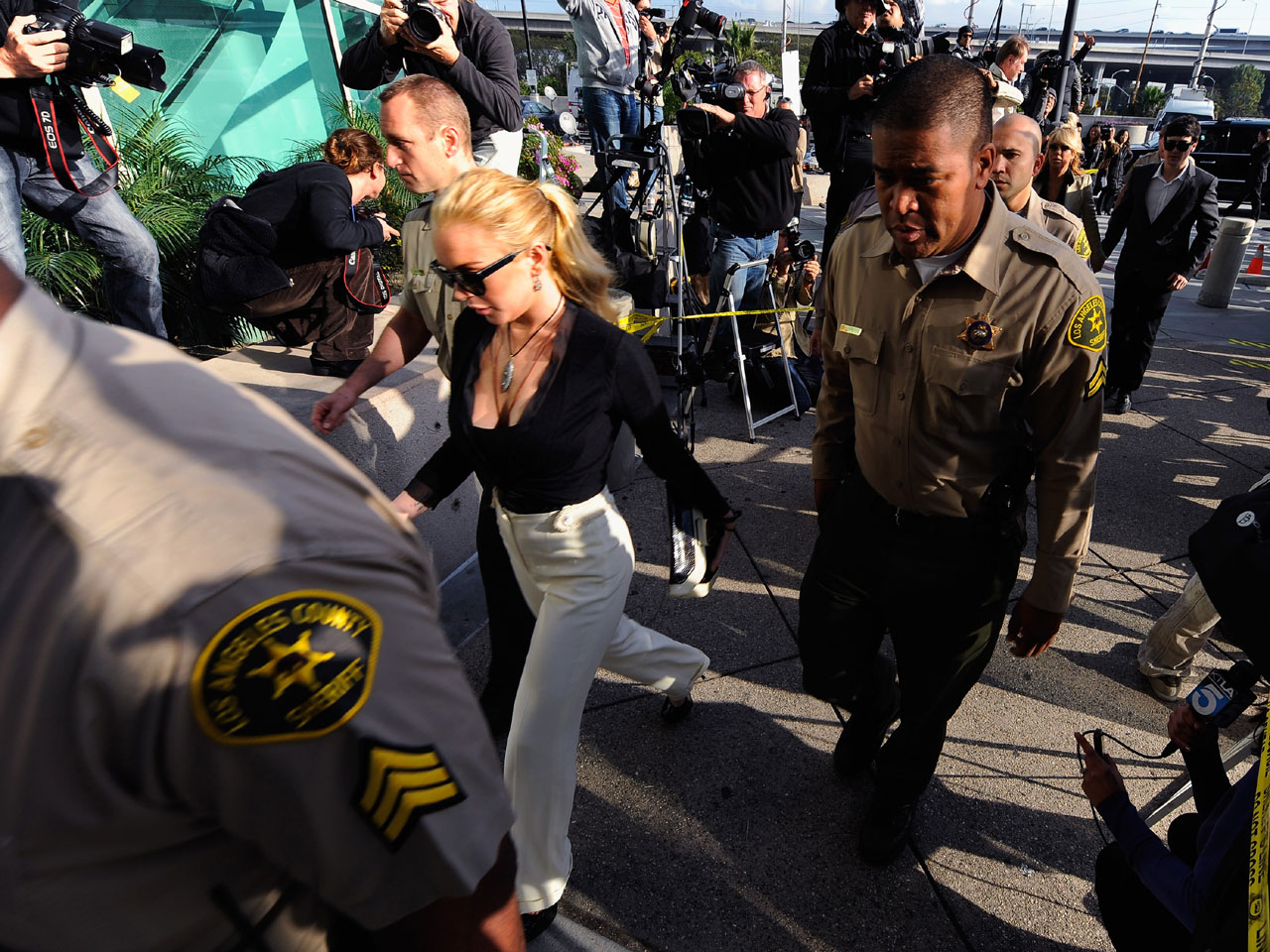 (CBS) Lindsay Lohan stayed monochromatic for her appearance in a Los Angeles court on Wednesday - but the subdued color scheme doesn't mean that the outfit won't raise some eyebrows.

Her wardrobe choices came under scrutiny when she arrived to her last court appearance earlier this month wearing a tight white mini-dress that critics considered inappropriate. That dress, a Kimberly Ovitz design that retails for $575, later sold out online.

Lohan is due back in court on March 10.

Do you think this outfit is an improvement over her past courtroom attire? Vote in our poll and share your thoughts in the comments.