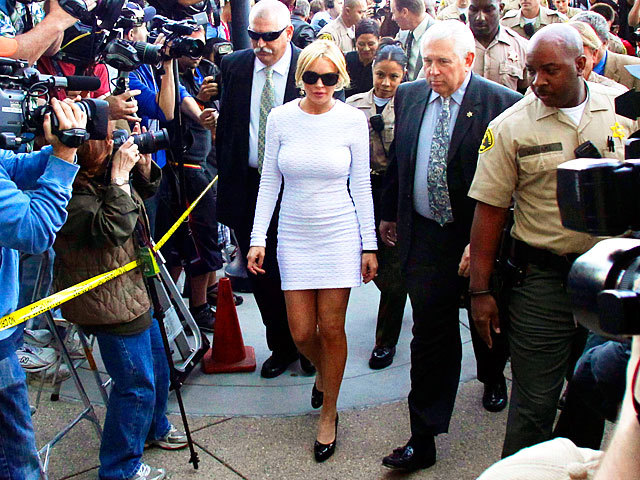 NEW YORK (CBS) Critics have called Lindsay Lohan's minidress inappropriate for court, but shoppers seem to have no problem with it.

Her form-fitting white knit dress, from Kimberly Ovitz's pre-fall collection, has sold out at online retailers, according to reports.

ABC News reports that the "Glavis" dress, which retails for $575, is sold out at every online retailer that carries Ovtiz's designs.

Lohan paired the dress with black pumps and Chanel 5182 sunglasses, which sell for $320, according to the report. She was appearing in court to plead not guilty to felony grand theft for allegedly stealing a $2,500 necklace.