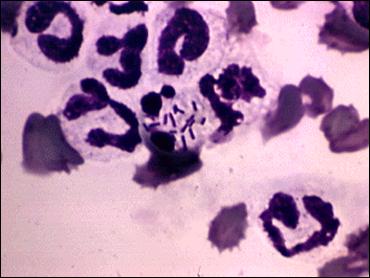 Sandwich meat from a processing plant at the center of the largest meat recall in U.S. history is the most likely source of a deadly listeria outbreak that has spread across the northeastern states this year, a federal official said.

A strain of the potentially fatal bacteria that was found in a drain at the Wampler Foods plant in Franconia, Pennsylvania, is a genetic match of the strain that caused the outbreak, said Tom Skinner, spokesman for the Centers for Disease Control and Prevention.

"Turkey deli meat from this plant is the most likely source of this outbreak," he said.

The outbreak is blamed for at least seven deaths and 39 illnesses in the Northeast since early summer.

Texas-based Pilgrim's Pride, owner of Wampler Foods, announced a nationwide recall of more than 27 million pounds of turkey and chicken products Sunday after tests found listeria in the drain.

David Van Hoose, chief executive officer of Pilgrim's Pride, stressed that the CDC has not linked the outbreak to any of the recalled Wampler products. He also downplayed the link between the strain found in the plant drain and the one causing the outbreak.

Van Hoose said in a statement that "an identified strain, even if uncommon, cannot be associated with any single source as its place of origin. The presence of listeria in plant floor drains is not unusual, as the bacteria are found naturally in the environment."

Listeria contamination can occur in refrigerated foods, such as dairy products and deli meats. The bacteria causes 2,300 hospitalizations and 500 deaths per year, according to the CDC. About 20 percent of people infected with the disease die. Pregnant women are about 20 times more likely than other healthy adults to contract the illness.

Pilgrim's Pride was the nation's second-largest poultry seller, but it's stock, both on Wall Street and off, is sinking.

"I don't have any now in my freezer, but I won't buy any," one consumer told CBS News Correspondent Lee Cowan.

Consumer groups say the Agriculture Department could have prevented the listeria outbreak and the subsequent recall of 27.4 million pounds of cooked sandwich meat meats if agency rules required companies to test for the bacteria.

The government should require tests for listeria as a matter of course, a leading food-safety activist said.

"I think there's a good possibility if that rule had been in effect, we wouldn't have this recall," said Carol Tucker Foreman, director of the Consumer Federation of America's Food Policy Institute. The institute represents more than 285 consumer advocacy groups.

The USDA's Food Safety and Inspection Service began writing a listeria testing standard during the Clinton administration, but the agency has yet to approve it. The Bush administration put the proposal on hold in January 2001 and opened it for public comment until May 2001.

Nothing has happened since then, Tucker Foreman said.