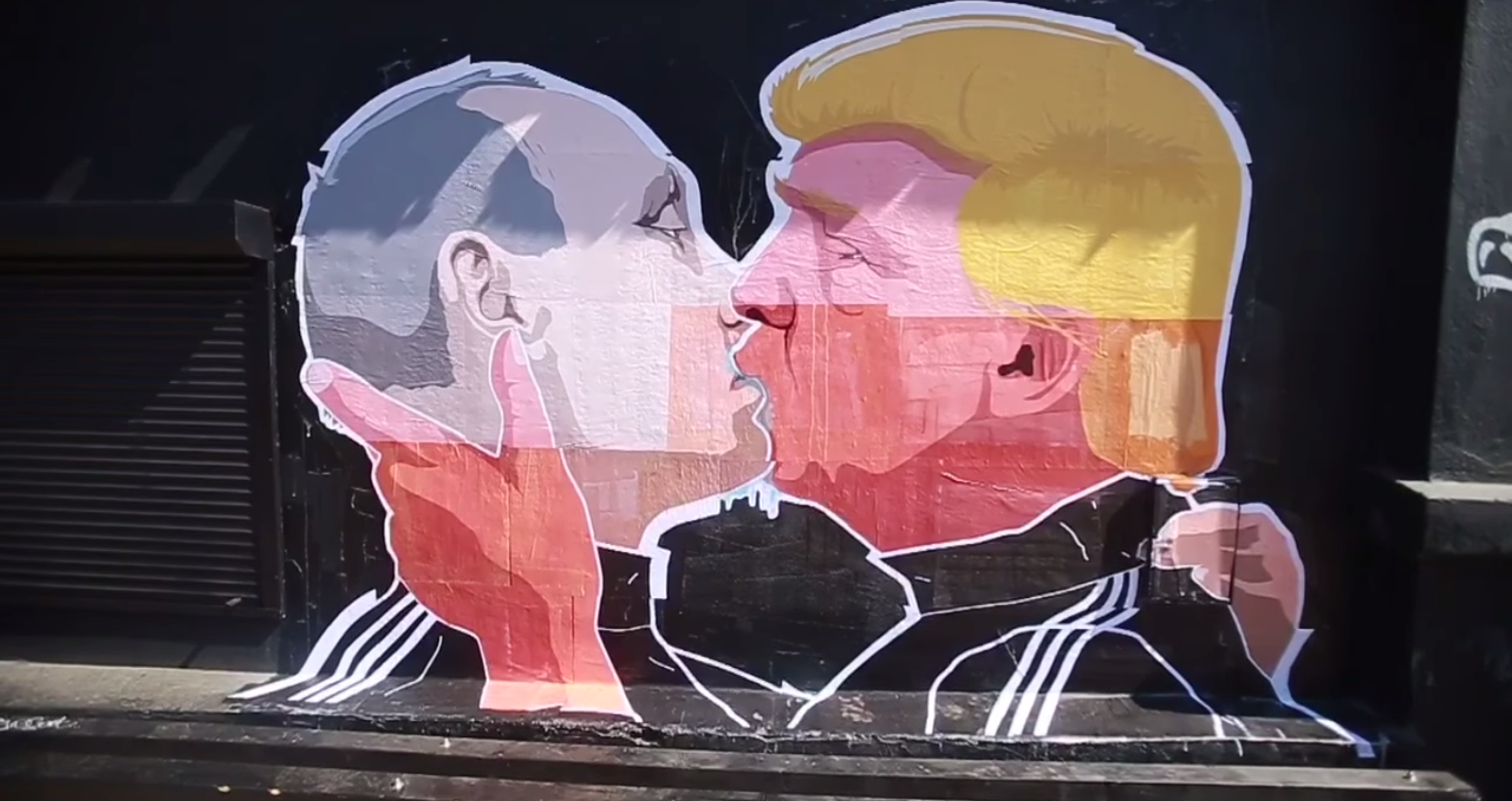 K-I-S-S-I-N-G. Here's the GOP's presumptive nominee. In a lip lock. With Vladimir Putin.

A mural of Donald Trump and the Russian leader, splashed on the outside of a Lithuanian restaurant, is gaining attention around the world for its controversial depiction of the two colorful politicians.

Speaking with the Baltic Times, the restaurant co-owner Dominykas Čečkauskas said the painting's embrace was a nod to the similarities between Trump and Putin, which has oftentimes seemed friendly and even complimentary.

"We saw similarities between the two heroes (Trump and Putin)," Čečkauskas said. "They both have an ego that is too big."

It struck him that "we are in a sort of a Cold War again," he said, but this time "America may get a president who will want to be friends with Russia."

In a separate statement to the Washington Post, Keule Ruke said that the artists behind the painting were "predicting that if Russia and the USA would ever make out, it would happen in the Baltic states ... with tongues or with tanks."

The work of art is a throwback to another famous spot of graffiti along the Berlin Wall, called "My God, Help Me to Survive This Deadly Love." The painting illustrated Soviet leader Leonid Brezhnev and East German President Erich Honecker embracing and locking lips, a gesture that was once a sign of greeting between two Communist brethren.

The Berlin Wall painting itself was inspired by this Soviet-era photograph, which ran in several magazines captioned as "The Socialist Fraternal Kiss" or simply "The Kiss." The picture captured the two leaders' embrace in 1979 during the 30th anniversary celebration of the foundation of the German Democratic Republic.