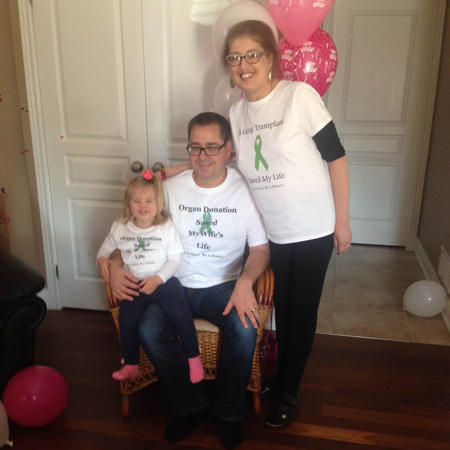 In what’s believed to be a world first, Canadian doctors removed the severely infected lungs from a dying woman, keeping her alive without them for six days, so that she could recover enough to receive a life-saving lung transplant.

“This was bold and very challenging, but Melissa was dying before our eyes,” Dr. Shaf Keshavjee, surgeon-in-chief at UHN, said in a statement. Keshavjee was one of three thoracic surgeons who operated together on Benoit to remove both her lungs. “We had to make a decision because Melissa was going to die that night. Melissa gave us the courage to go ahead,” he said.

In a news conference this week, Benoit thanked the team of doctors, her donor, and her family.

“I still don’t believe what happened. It feels very surreal,” she said. “They pulled me back from the dead.”

In April 2016, Benoit, who has cystic fibrosis, was brought to TGH’s Medical Surgical Intensive Care Unit sedated and on a ventilator to help her with labored breathing. For the past three years, she had been prescribed antibiotics to fight off increasingly frequent chest infections.

During a bout of influenza just before her hospitalization, Benoit’s coughing fits were so harsh she fractured her ribs. Her lungs were inflamed and began to fill with blood, pus and mucous, decreasing the amount of air entering her lungs. The result was similar to the experience of drowning.

The flu had “tipped her over the edge into respiratory failure,” Dr. Niall Ferguson, head of critical care at UHN and Mount Sinai Hospital, explained in a statement. “She got into a spiral from which her lungs were not going to recover. Her only hope of recovery was a lung transplant.”

Benoit’s oxygen levels dipped so low she needed to be placed on temporary life support. The bacteria in her lungs developed resistance to most antibiotics and spread to other areas of her body. She went into septic shock and one by one her organs began to shut down. She needed to have kidney dialysis.

Doctors were waiting for donor lungs but knew Benoit was too sick for a transplant. With the clock ticking, they weighed her risk of death with a procedure that had never been done before.

Removing her lungs – the source of her infection – was bold, but scientifically sound, they decided.

The surgical team had been discussing the concept of such a procedure for several years. They faced many unknowns, including the risk of bleeding into an empty chest cavity, whether or not a patient’s blood pressure and oxygen levels could be supported after the operation, and if she would even survive the procedure.

Benoit’s family understood the risks and decided to go ahead with the surgery.

“Things were so bad for so long, we needed something to go right,” Benoit’s husband Chris said. “This new procedure was the first piece of good news in a long time. We needed this chance.”

In a nine-hour operation, surgeons removed Benoit’s lungs one at a time. They had become so engorged with mucous and pus that they were as hard as footballs, Dr. Keshavjee recalled. “Technically, it was difficult to get them out of her chest,” he said.

But within hours, Benoit’s condition improved dramatically. Her other organs began to improve and she did not need blood pressure medication. To keep her alive, she was placed on the most sophisticated life support available for her heart and lungs.

Six days later, doctors received a pair of donor lungs and Benoit was well enough to receive a transplant, which took place in late April 2016. Doctors said the procedure was “perfect.”

Since the surgery, Benoit has been improving steadily. She has not needed a walker or cane for the past month and can play with her daughter Olivia for whole days without getting tired. She is still on kidney dialysis.

“It’s the simple things I missed the most,” she said, “I want to be there for Chris and Olivia, even through her temper tantrums! I want to hear Olivia’s voice, play with her and read her stories.”