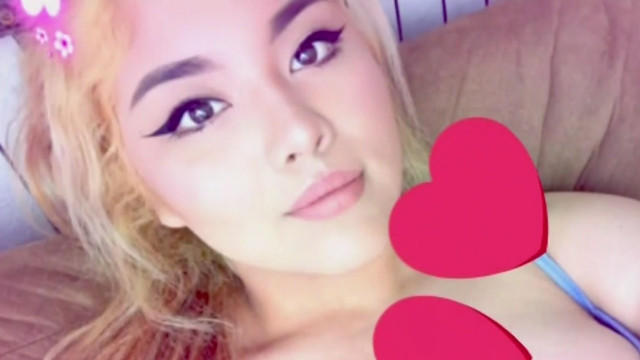 TRACY, Calif. — The family of a Tracy woman who was stabbed to death spoke out Tuesday night after investigators in Alameda County released her identity earlier in the day. Lizette Cuesta, 19, was stabbed and left on a rural road near Livermore early Monday morning, CBS Sacramento reports. Her story grabbed national headlines after her deathbed testimony pointed investigators to her alleged killers.

"It just goes beyond words," said Roberto Cuesta, Lizette's uncle. "We love her, she will always be in our hearts and it's really difficult."

Two suspects were arrested Monday afternoon in Modesto: 19-year-old Daniel Gross and 25-year-old Melissa Leonardo. Investigators believe they knew the victim and targeted her for this vicious crime.

Originally from San Jose, Lizette had been living in Tracy with her father, Ray Cuesta. He last saw her on Sunday.

"I love her," said Ray Cuesta, Lizette's father. "She was always a fighter, she was always brave, strong, a leader. If she wanted to do something, she would get it done."

Lizette clung to life for hours after her attack and just before she died, she told police who attacked her.

"That goes a long way," Roberto said. "Otherwise, we wouldn't know what happened. There would be no closure."

"I would always see different people coming in and out of that house, so I knew it was probably something suspicious going on out there," said Antonio Moya, who lives nearby.

Investigators believe Gross and Leonardo are in a relationship and that both of them knew the victim.

"On the night of this incident, Lisette got into the car, as they knew each other," said Sgt. Ray Kelly, Alameda County Sheriff's Department.

"She said she felt she was going to die," he said. "I said 'No, you aren't going to. You are going to fight. You're going to sit up, you're not laying down, and you're doing to be alright.'"

Roberto Cuesta has nothing but gratitude for the good Samaritan.

"It's not a lot of people that do that, and we just want to reach out," he said. "Hopefully, someday we can talk and thank him for what he did."

Lizette's friends at the skate park remember her as a determined skater.

"Honestly, as weird as this sounds, I'm just going to skate and have fun for her," said a friend named Christian.

And her father finds comfort knowing his daughter fought so hard at the end.