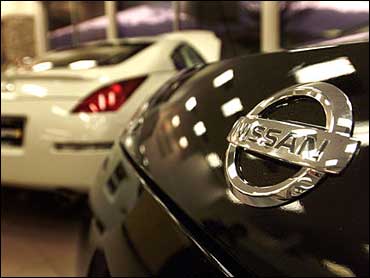 When Carlos Colon bought his first car in 2000, the Nissan salesman congratulated him on getting a sweet deal.

Colon, who had moved from Puerto Rico to Miami in 1995, didn't question the 11 percent interest rate Nissan was charging for his new Xterra.

But a study filed last month as part of a lawsuit against Nissan says Colon may be among thousands of Florida Hispanics charged higher rates than whites with the same credit history.

"We don't know the race of our customers. We're not allowed to know it," said Alan Hunn, managing counsel for Nissan North America in Torrance, Calif.

Colon, vice president of U.S. Chemical & Funeral Supplies in Miami, is paying close to $600 a month on his car. Lawyers claim his interest rate is 40 percent more than the average rate charged white customers with the same credit record.

Lawyers submitted the study about Nissan's lending practices in Florida as part of a class-action lawsuit pending in federal court in Tennessee. The lawsuit accuses Nissan's lending company, Nissan Motor Acceptance Corp., of charging blacks higher interest rates than whites with the same credit rating. The lawsuit does not cover Hispanics, but a separate case is now being drawn up in California.

Lawyers say around 125,000 plaintiffs are included in the Tennessee class-action lawsuit, which seeks to have the alleged practice declared illegal. From there, customers could individually seek monetary damages. The lawsuit is set for trial Feb. 3.

Researchers from Yale and Vanderbilt universities conducted studies of Nissan's black customers nationwide — and its Hispanic customers in Florida — after being commissioned by the plaintiffs' attorneys. They used more than a million customer files and race-coded driver's license records available from several states to argue a pattern of discrimination.

Nissan said the Florida study is oversimplified and flawed. Hunn said researchers did not take into account the varying prices of cars and loan payment terms.

"If you factor in all the variables, you don't see the numbers they're getting," Hunn said. "The tendency is to try to create comparisons between customers who are different in many respects, more than just race."

But lawyers representing black Nissan clients said that even when the variables of loan terms and prices are factored in, a pattern still emerges.

"The policies appear neutral on their face," said Stuart Rossman of the National Consumer Law Center in Boston and co-counsel in the case. But in practice they target hundreds of thousands of minority customers, Rossman said.

Florida's unique driver's license race code for Hispanics allowed analysts to profile that minority group. Between 1993 and 2000, according to the study, Florida Hispanics paid higher interest rates than whites — sometimes as much as 12 percent annually — while a white customer with the same credit history was charged 8 percent.

Industry consultant David Stivers, who managed dealerships for Nissan and other automakers in the 1980s, said he was pressured at all of the dealerships to raise rates for minority borrowers.

Spanish-speaking customers are often guided through a sale in Spanish until they are presented with a contract to sign, where some of the financial terms are in English, in the fine print, said Stivers, who now advises consumer groups and law firms.

"At that point the customer is past the point of no return," he said. "He's agreed to fork over a deposit. He doesn't realize the interest rate quoted to him is not the one he was approved for, and the contract language is difficult to understand."