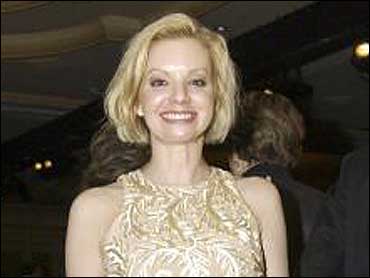 A Washington lobbyist sued The New York Times for $27 million Tuesday over an article that she says gave the false impression she had an affair with Sen. John McCain in 1999.

The newspaper stood by the story.

Iseman represented telecommunications companies before the Senate Commerce Committee, which McCain chaired. In February, as McCain was seeking the Republican presidential nomination, the Times reported that McCain aides once worried the relationship between Iseman and McCain had turned romantic.

The article said that both McCain and Iseman denied any romantic relationship, but the lawsuit says most readers would find that obligatory.

The Times maintained its defense of the story in a statement Tuesday.

"We fully stand behind the article. We continue to believe it to be true and accurate, and that we will prevail," the statement said. "As we said at the time, it was an important piece that raised questions about a presidential contender and the perception that he had been engaged in conflicts of interest."

Richmond lawyer W. Coleman Allen Jr., who represents Iseman, said she waited until after the presidential election to file the suit because she didn't want it to become a distraction.

The lawsuit claims that other media outlets were investigating McCain's ties with Iseman and that the Times was so concerned about being scooped that it printed a story "to pack the maximum sensational impact with the minimum factual support." The lawsuit contends she suffered an "avalanche of scorn, derision, and ridicule" that damaged her health.

The lawsuit cites accounts from other media, political pundits and the Times' public editor, Clark Hoyt, that interpreted the article as meaning that McCain and Iseman had an affair.

In what the lawsuit calls the most damaging passage, the article said two former McCain associates had warned him that he was risking his career, and that he "acknowledged behaving inappropriately" and "pledged to keep his distance" from Iseman.

The story also pointed to a fundraiser that Iseman and McCain attended in Miami in 1999, when they flew back to Washington along with a campaign aide on the corporate jet of one of her clients.

"Ms. Iseman's relationship with Senator McCain was entirely professional, ethical, and appropriate," the lawsuit states, adding that it "was not different in kind from the cordial yet professional relationship that hundreds of lobbyists have with hundreds of members of Congress."

Keith Werhan, a constitutional law professor at Tulane University, said key to Iseman's case will be how the court defines her - as a public figure or a private figure. Public figures have to meet a higher standard of proof, and show malice by a news outlet.

Werhan also said the Times could be protected if it accurately quoted McCain's former aides about their perceptions of his relationship with Iseman.

"If all those statements are true, then it seems to me the Times is not at fault for reporting that," Werhan said.

"It's essentially hard to win a defamation suit," Werhan added. "The idea is the First Amendment has its thumb on the press' side of scales."