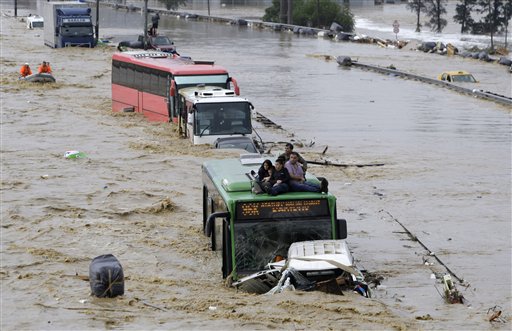 Airline passengers accustomed to having their bags, pockets and even their shoes checked are now encountering state troopers trained to examine their heads.

Last week Logan International Airport began the nation's first "behavioral recognition program," in which police give what they describe as a "human lie detector test" to passengers with odd or suspicious behavior.

As they ask a series of basic questions, "We will be observing not only what is being said but how it's being said, the body language, the words used, if they tend to be evasive or ambiguous," state police Sgt. Peter DiDomenica said.

The process, based on a program at Israel's airports, takes only a few minutes if nothing seems out of place, said Maj. Tom Robbins, head of the state police unit conducting the behavioral profiling.

"If someone's intent on doing harm inside the airport or on the flight, and they want to pass through the security checkpoints or the terminals, their behavior is going to be different, than you or I who are planning to get on a flight to go on vacation to Disney World, and that is what our troopers are trying to catch," Robbins said.

He would not say exactly what type of behavior is considered odd or suspicious.

Logan has sought to become a national leader in security since the Sept. 11 attacks. The two airliners that flew into the World Trade Center towers took off from Boston.

The Logan program will be more selective than those at Israeli airports, which subject all passengers to behavioral profiling, but Robbins stressed that selection would not be based on ethnicity or race.

"Quite frankly, if you're looking at the race and ethnicity of a person, you'll miss the terrorist," Robbins said.

The American Civil Liberties Union of Massachusetts said the program sounds good - as long as there is no racial profiling.

"The only legitimate way to profile is on a set of behavioral patterns. That sounds fine," said John Roberts, the group's executive director. "Our concern is if at the bottom line, they are doing racial profiling," he said. "We just will have to wait and watch how they do it."