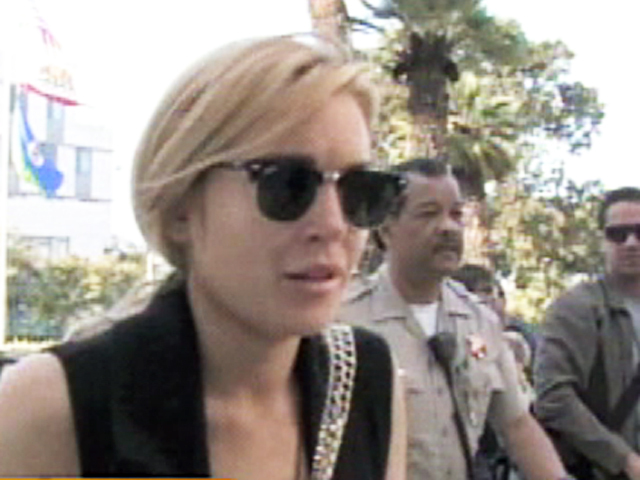 Lindsay Lohan's life has long been filled with drama, but now it's getting much worse as she prepares to face grand theft charges Wednesday stemming from the alleged theft of a $2,500 necklace.

The actress was seen wearing the item days after the store, located near her Venice Beach home, said it was stolen. When police filed a warrant to search Lohan's house, the necklace reappeared, reports CBS News correspondent Ben Tracy.

Wednesday afternoon, Lohan will be charged with one count of felony grand theft. If convicted, she faces up to three years in prison.

"You're talking about the potential for some serious jail time," CBS News legal analyst Jack Ford said on "The Early Show" Wednesday, who added that unlike Lohan's previous motor vehicle-related offenses, she would face jail time in a state prison, not a county jail.

The jewelry story claims to have surveillance video of Lohan trying on the necklace on Jan. 22. CBS News has learned that Lohan believes she was loaned the necklace and that she could keep it if she was photographed wearing it in a major publication. She says she has witnesses to back up her story.

"It all comes down to criminal intent. That's the definition. You take something from someone else with the intent to take it and keep it yourself. If I'm her lawyer I'm saying 'Look, maybe this was a terrible misunderstanding and maybe she really didn't have the permission of the jewelry store, but she thought she did. For whatever reason she thought, either a conversation she had with a worker there or something her assistant said, she thought that she had the okay to do this. When she found out she didn't, [she] turned it right in again. So it was a misunderstanding but not a crime.' That's what I suspect you'll see," Ford said.

The theft charges are just the latest legal troubles for the actress. Lohan is also facing allegations of assault. An employee at the Betty Ford Center says the actress hit her during her three-month stay in rehab. And Lohan is still on probation for her 2007 drunk driving case, meaning any trouble with the law can send her straight to jail.