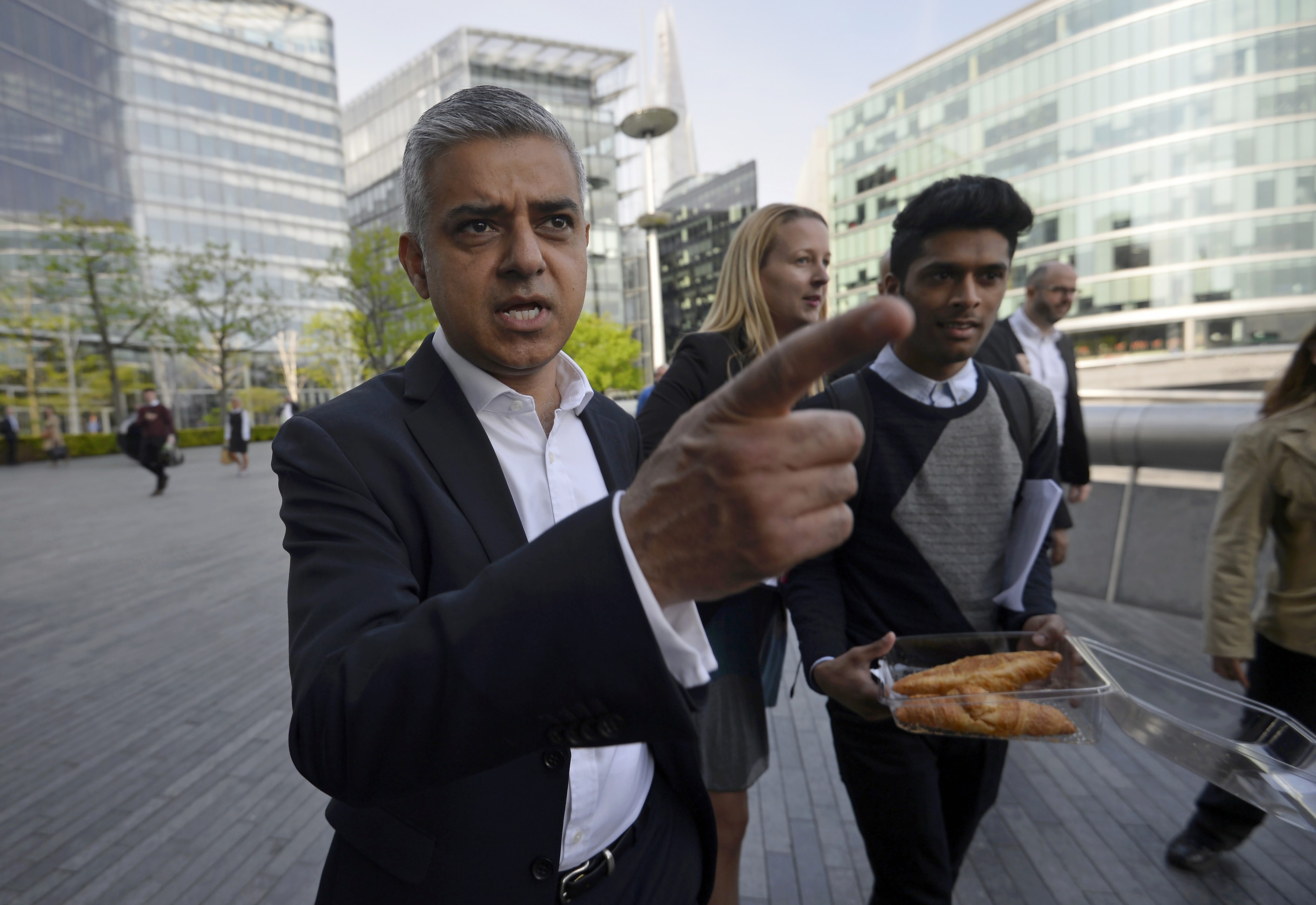 London Mayor Sadiq Khan is inviting Donald Trump to come to his city to meet its residents, including Muslims.

"On your programme, I invite Donald Trump to come to London, meet my wife and my daughters, meet my friends and my neighbors, meet Londoners...they're Londoners, they're Muslim," Khan said on ITV's "Good Morning Britain."

Khan was elected as London's first Muslim mayor in early May and has feuded with Trump, the presumptive GOP presidential nominee, over his proposed Muslim entry ban.

In the latest interview, Khan said he hopes Hillary Clinton "trounces" Trump in the general election.

Last week, Trump said there could be exceptions to his Muslim ban plan so that leaders like Khan could enter the U.S., but Khan rejected the offer.

"I think Donald Trump has ignorant views about Islam. It's not just about me, I don't want to be the exception to be allowed to go to America," Khan replied. "You can be a Muslim and you can be European... And I hope Donald Trump looks to the lessons that London sent last Thursday (with the mayoral election) and recognizes that it's possible to be Western and Muslim."

After he heard about Khan's response, Trump told ITV's "Good Morning Britain" program that he won't forget what the new mayor said.