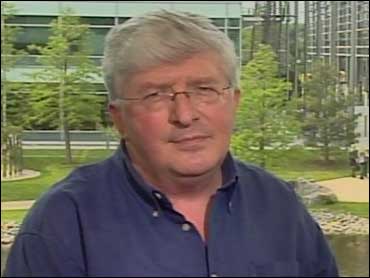 London has a new Mayor. And he was born American. Not the LORD Mayor of the City of London. That's different. That's the fiefdom that was once Dick Whittington's.

If you imagine having an independent state, a bit like Monte Carlo, in the middle of one your great cities, then that's the CITY of London, and the Lord Mayor is boss of it. No, I'm talking about the rest of London … all that out there, where the common folk like me live. And Boris Johnson, to almost everyone's surprise, is that man.

Because Boris has just been voted in as the Conservative Party Mayor in a city that has always voted for the Labor Party in recent years.

Boris was born in New York, and graduated from Oxford University where he was a member of a club that specialized in over eating and over drinking … and he smoked dope there. When he graduated, he moved into journalism, eventually being fired from The London Times for making up a quote. But he picked himself up and broke into politics, winning a seat in Parliament for the Conservatives.

Then he was caught lying again and was given the shove from a pretty influential job inside the party. The untruths he was telling this time? Denying an extra marital affair that everyone in the city knew was going on.

But Boris bounces back, always. In person, he waffles, he stumbles, he charms. He looks as though he has been dressed by the nearest charity shop. His hair is a blonde doormat, he's a womaniser, but he has immense charm and he's as sharp as a tack.

Boris Johnson has committed just about every sin it is possible to commit in politics and in private, and the public love him. And they really do love him, even those who aren't too keen on his politics, his private life, his lack of honesty and his ability to trip over every possible verbal obstacle.

Right now he has huge powers over one of the world's greatest cities, in the run up to our Olympic Games in two thousand and twelve. But that won't be the end of the story for this forty three year old political machine. For this is a ruthless man, with a formidable intellect and endless ambition. Remember the name: Boris Johnson. You ain't seen nothing yet.
By Simon Bates