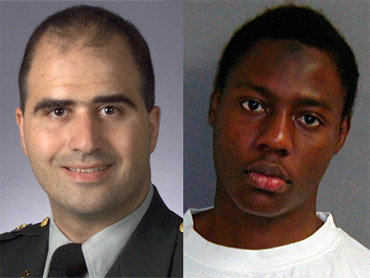 On Christmas Day, a passenger on a Northwest Airlines flight bound for Detroit tried to blow up the plane with plastic explosives in his underwear. He failed, yet the very attempt shook the U.S. government, set federal agencies against each other and triggered months of political second-guessing.

In fact, short of mass casualties, the attack allegedly attempted by Nigerian Umar Farouk Abdulmutallab had exactly the kind of reaction that al Qaeda is after. And, it appears, that lesson is resonating with the terror network's leadership.

For the first time, the group that carried out the Sept. 11 attacks and has prided itself on its ideological purism seems to be eyeing a more pragmatic and arguably more dangerous shift in tactics. The emerging message appears to be: Big successes are great, but sometimes simply trying can be just as good.

U.S. officials and counterterrorism experts say the airline attack and last November's shooting at Fort Hood, Texas, prove that simple, well-played smaller attacks against the United States also can be harmful to the American psyche, although not as devastating as a 9/11-style attack.

In a recent Internet posting, U.S.-born al Qaeda spokesman Adam Gadahn made a public pitch for such smaller, single acts of jihad.

"Even apparently unsuccessful attacks on Western mass transportation systems can bring major cities to a halt, cost the enemy billions and send his corporations into bankruptcy," Gadahn said in a video released and translated by U.S.-based Site Intelligence Group, which monitors Islamic militant message traffic.

It's a message that officials believe has been evolving for the last year and has turned upside down the prevailing wisdom that the next al Qaeda attack against the U.S. must be bigger and bolder than the one on Sept. 11, 2001.

"It's pretty clear that while al Qaeda would still love to have home runs, they will take singles and doubles if they can get them," said Bruce Riedel, a senior fellow at the Brookings Institution Saban Center and a former CIA officer. "And that makes the job of counterterrorism much, much harder."

Counterterror officials note that al Qaeda leaders monitor the U.S. closely and watched the reverberations of the Abdulmutallab attack. They saw the scramble to boost security, the members of Congress blasting federal agencies for intelligence and screening failures, the political drumbeat against the Obama administration's national security efforts and the agency leaders who rushed to blame each other.

"Big al Qaeda still has too much of an ego; they still want big, synchronized, high-visibility attacks," said Jarret Brachman, an expert on jihadist groups. "They haven't yet said, 'Let a thousand flowers bloom."'

Core al Qaeda senior leaders have worried that unleashing scattered and untrained insurgents who could make mistakes could do more harm than good to the greater jihadi message.

Brachman pointed to the November 2005 hotel bombings in Amman, Jordan, when one of the bombers set off his suicide belt in a wedding reception at the Radisson SAS rather than the lobby - killing the groom's father and 16 other family members and in-laws.

Killing vast numbers of innocent civilians - including fellow Muslims - was one of the factors leading to the erosion of al Qaeda in Iraq, a mistake the terror group doesn't want to make again.

In larger, more elaborate plots there are often multiple people involved, and the chances are greater that one will make a mistake or that law enforcement authorities will get a tip or notice something is going on. In smaller operations, involving just one person or two, the chances are slimmer.

Take, for example, Najibullah Zazi. His plot to bomb the New York City subway system late last year unraveled after investigators got a tip and were able to gather information from a Queens imam who was communicating with the 24-year-old Afghan immigrant, as well as others at the same mosque.

Zazi, who has said he was recruited by al Qaeda and received training in a camp in Pakistan on how to build a bomb, was arrested in Denver, before he was able to make his planned drive back to New York to set the plot in motion.

In contrast, officials allege that Maj. Nidal Hasan acted alone after exchanging e-mails with radical Muslim cleric Anwar al-Awlaki. The shooting spree he is accused of undertaking at Fort Hood killed 13 people and wounded more than two dozen others.

Officials have raised concerns that while U.S. authorities were aware that Hasan was communicating with al-Awlaki, that information wasn't passed along to the military. But, since his assault did not include other people, and simply involved him walking into a building on base where he was allowed to be, it still would have been difficult to predict or prevent.

The call for more individual jihad is not a new idea to al Qaeda followers on Internet forums. They have been touting the strategy for a year or two, and the foiled Northwest Airlines attack only re-energized the debate.

One writer on a jihadi Internet forum scolded those who condemned Abdulmutallab, the alleged perpetrator, as a failure.

"From my prospective living in the United States brother Abdulmutallab succeeded. Maybe he didn't achieve his full objective but you do not necessarily need to achieve a grade of 100 percent to pass the class," the writer said in an early January posting on the Ansar al-Mujahideen discussion forum, which is pro-al Qaeda and is now closed to new members.

"What Abdulmutallab did was instill a fear in Americans. This is a very significant accomplishment. An increased fear of flying, for example, can cripple the airlines and cause economic problems."

Another poster answered: "What did he accomplish? How many billions do you think they will spend to boost security that won't work anyway? He humiliated the Americans, afterward Newark Airport was on lock down for 6 hours because someone walked the wrong way. Success comes in many ways."

Gadahn, in his video, took a broader view, telling followers: "Jihad is neither the personal property nor the exclusive responsibility of any single group, organization or individual. ... Instead it is the personal duty of every able-bodied Muslim on the face of this earth."