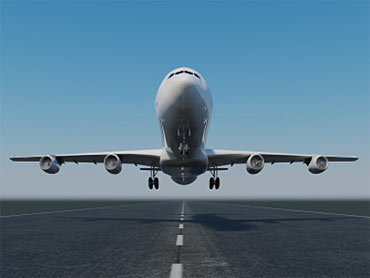 For many travelers who cross several time zones, the exhilaration of taking in sights like the Eiffel Tower or the pyramids of Egypt is quickly tempered by the grogginess of jet lag.

Veteran flyers often have their own remedies to overcome those signals from the body that it's time for sleep. But an Oregon researcher recently detailed in The New England Journal of Medicine three basic strategies for overcoming jet lag:
Reset the circadian clock that tells a person to stay awake during the day and sleep at night. You can do this by taking the sleep-inducing hormone melatonin, timing your exposure to bright light, or both.

Use medications to get to sleep or stay awake. Or turn to the old reliable remedy for keeping your eyes open: caffeine.

"We have mechanisms to adjust our clocks, but those mechanisms have to be called on to go into high gear," said Dr. Robert Sack, a psychiatry professor at Oregon Health Sciences University in Portland, Ore., whose article takes a science-based look at jet lag remedies.

Sack said melatonin is the most extensively studied jet lag treatment, with a majority of double-blind, placebo-controlled trials showing it helped symptoms.

"Its effect is based in good science," said Sack. He said the U.S. Food and Drug Administration has not evaluated melatonin, but no significant adverse effects have been reported.

Melatonin is sold as a nutritional supplement in the U.S. and no prescription is needed for it.

No drugs have been approved by the FDA for jet lag, but Sack says drugs that help with alertness or insomnia can alleviate jet lag.

So for eastward travel, from the U.S. to Paris for example, on arrival a traveler might go for a walk in the sun and then sip a latte at an outdoor cafe. Sack said travelers who are unbearably sleepy as the day wears on should take a short nap. Then take melatonin a dose of 0.5 to 3 milligrams before heading to bed and hopefully you'll be adjusted to your new time zone within a couple days.

For westward flights such as Europe back to the U.S. travelers should expose themselves to bright light in the evening to help them stay up later, then if their eyes pop open before 5 a.m., take a low dose of melatonin.

"Your internal dawn is occurring before you want it to," Sack said, adding "it's easier to lengthen your day, which is what you do when you travel westward."

Sack's research was published in February.

While trouble sleeping or waking up is the main symptom of jet lag, travelers can also experience irritability, difficulty concentrating and upset stomachs, Sack said.

Dr. Clayton Cowl, chief of aerospace medicine at the Mayo Clinic in Rochester, Minn., said that jet lag can be difficult condition to pin down since it affects different people in different ways and can be influenced by an array of factors.

"Everyone will seem to have a signature strategy that will work for them and I think this article helps to identify the palate of things that are safe and for the most part effective," Cowl said.

"Unfortunately, there's not just one straight recommendation: Take these two pills and you'll be fine."

He said for most patients, jet lag results in "a sense of malaise.
You just don't quite have that energy."

Dallas management consultant Andrew Watterson, who has been traveling frequently overseas for work for the past 15 years, said when he first started, he made the mistake of not sleeping on the flight over and got a good dose of jet lag.

"In reality, I didn't know how powerful it would be," said Watterson, 43, of Dallas.

A System for Frequent Fliers

Like most frequent travelers, he's now got a system. One thing he's noticed is that on the day of arrival, he vacillates between sleepiness and alertness, so he plans his day accordingly, making sure not to schedule any important appointments around 3 p.m. Instead, he takes a coffee break.

As a flight attendant for American Airlines who has been flying for 32 years, internationally for the last 23, Debbie Bauer has had her share of jet lag. For instance, after spending about 72 hours making the trip to New Delhi, India, and then returning home, she usually gives herself the day after getting home to recover doing light chores but making sure to bring a list if she tries grocery shopping.

"I don't do anything that requires careful thought," said Bauer, 53, who lives in Arlington, Texas. "It takes its toll on you."