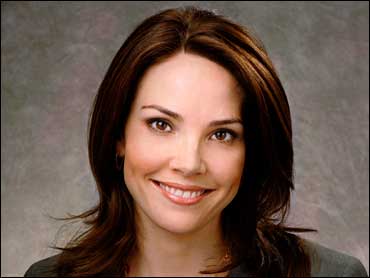 I cried today at airport security. Tears rolled down my cheeks, and despite my best efforts, I'm almost positive my lip quivered.

No one tried to "touch my junk." There were no pat downs, no high-tech body scanners. There were simply two small bags of milk. Just over 15 ounces, gone.

I'm a nursing mother. When I'm not home, like many moms, I pump. I've hauled my little black bag in to more airport restroom stalls than I like to count. I've used it in airplane restrooms, borrowed offices and even in a parked car while my producer kindly took a walk. It's one of the least glamorous, inconvenient and intensely satisfying things I've ever done.

Any woman who has nursed or pumped will tell you the milk is liquid gold. It's not a cutesy term; it's an understatement. So you can imagine the way my heart sunk as I had to leave several servings of liquid gold with a security agent tonight at London's Heathrow airport.

I had checked ahead: by all accounts, I could carry expressed milk on board internationally just as I often do domestically, even when traveling without a baby. Those accounts were wrong.

The security manager could not have been more kind, but my son wasn't with me, so the milk couldn't travel, either. Handing those precious bags over was one of the hardest things I've ever done.

"They took my milk," I weakly told my husband, defeat in my voice, tears silently streaming. I knew it wasn't personal. I knew they could have been far less understanding. And I knew there was nothing I could do.

It's my second liquid gold incident in a week. On a shoot for a story last week, a security guard - who was the exact opposite of the crew in London - not only shot me looks of disgust, but aggressively told me, "I'm not tasting it," when I informed him the black bag held a pump, a cooler and milk. Good for you, sir, because I'm not offering taste tests. He then smugly asked where my baby was. "I'm a working mother," I replied. "He's at home, which is why I have a pump." He didn't have a response.

This wasn't the TSA. It wasn't a high security government office. It wasn't a top secret interview. It was a fashion show.

His colleagues eventually let me through. One even told him to relax. He made a point to avoid my gaze as I entered the building, pump slung over my shoulder, liquid gold safe in its cooler.

The very mention of nursing, milk or a pump is uncomfortable for a lot of people. I get it. But I'm also a little sick of the mixed messages.

There is such unnecessary pressure on women to breastfeed. Not every mother is able to nurse, and not every one wants to. Breastfeeding doesn't make you a better mother, just as formula doesn't make you any less of a mother. Yet for all the campaigning that the "breast is best", the level of discomfort and difficulty associated with nursing and pumping is maddening.

I do my part: I immediately let security know what I have; I warn the airport screeners about what's headed through the machine, I offer to remove the cooler from the pump bag to make their job as easy as possible, I check with flight attendants to make sure I won't be tying up the lavatory If I need to pump in-flight. I try to put people at ease when using words I know make them uncomfortable - words like "nurse", "milk" and "breast pump". All I ask is a little understanding in return. I don't expect you to change international security regulations, but consistency and correct information would be a great help.

And to the terrorists who changed the game, thanks. My infant son thanks you, too. I'm sure your mothers are proud.