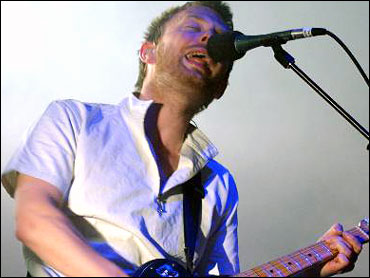 Good news for all of you who pre-ordered Radiohead's "The King of Limbs" earlier this week: The chicken voices are available a day early.

On Friday, after accepting pre-orders for the new "The King of Limbs" all week, XL Records sent out an e-mail announcing, "Radiohead have brought forward the digital release of their new album 'The King Of Limbs' by 24 hours with the album now being sent to those who pre-ordered it earlier this week." Radiohead's Twitter page also has the announcement.

By now we should all be used to Radiohead doing things that no one expects. The band streamed online "Kid A" before the album was available for sale; "In Rainbows" was sold online with the plan that listeners pay what they wish.

Bonus: In Radiohead's Twitter feed is a link to a new video called "Lotus Flower." Watch it below.

Read the story and live blog at The Guardian.