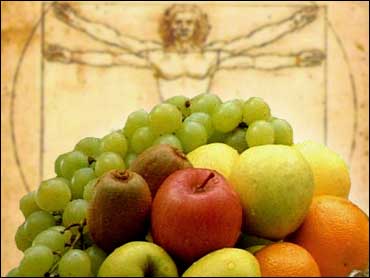 If you're still reeling from the news that low-fat diets don't seem to protect against heart disease, you may want to sit down.

New research suggests that low-salt diets may actually increase your risk of dying from heart attack or stroke.

Over a 13-year period, people in the study who reported eating little salt were 37% more likely to die from cardiovascular causes (such as stroke and coronary heart disease) as people who ate more salt than is recommended by U.S. government guidelines.

Researchers were quick to point out that the findings fall far short of proving that restricting sodium is bad for your health.

But they say the proof that salt-restricted diets protect against death from heart and artery disease has also not emerged in the years since salt was targeted as public enemy No. 1 by heart experts.

Government nutrition guidelines now call for adults to limit their daily sodium intake to less than 2,300 milligrams a day -- the equivalent of about a teaspoon of table salt.

"It is increasingly evident that one size doesn't fit all when it comes to diet," researcher Hillel W. Cohen, MPH, Dr.PH, tells WebMD. "The certainty with which these [U.S. government] recommendations are being made is just not supported by the data."

The salt study is being published exactly two weeks after the largest study ever to examine the issue suggested that restricting dietary fat may have little impact on heart disease and cancer risk.

Cardiovascular nutrition expert Alice Lichtenstein, PhD, says the WHI findings tell us more than the newly published salt study because the WHI is interventional rather than observational.

That means that the women in the WHI trial were randomly assigned to either eat low-fat diets or not, or to take calcium supplements or not.

In the salt study, researchers from the Albert Einstein College of Medicine looked back and analyzed data on the nutritional habits of people interviewed between 1976 and 1980. Information was based on people's recall of their diet.

"Observational studies like this one are important for helping us frame the right questions to ask in clinical trials, but they don't provide answers on their own," Lichtenstein tells WebMD.

In the roughly 13 years after the nutritional information was collected, there were 1,343 deaths among the 7,154 people included in the analysis, including 541 deaths from cardiovascular disease.

The researchers concluded that people who reported restricting daily salt intake to less than 2,300 milligrams a day were significantly more likely to have died from cardiovascular causes than people who ate more salt, even after adjusting for total calorie intake, age, smoking status, and other known risk factors for heart disease.

The link between low-salt consumption and a higher risk of death was not seen among nonwhites, people who were obese, and people who were younger than 55 when enrolled in the study. But no single subgroup appeared to benefit from eating a lower-sodium diet, Cohen says.

The findings were published online in The American Journal of Medicine.

"Many things can reduce cardiovascular risk," he says. "We know that getting people to stop smoking can have a big impact, and we know that getting them to exercise seems to be very important. We think prevention efforts should focus on the things that have been proven to work."

He adds that his study and the recent WHI findings emphasize the complex relationship between the foods we eat and health.

"Some people may very well benefit from eating a low-salt diet, but there is little clinical evidence supporting a blanket recommendation that everyone needs to eat this way," he says.

Lichtenstein agrees that it is increasingly clear that salt affects different people differently.

"There is a tremendous amount of data showing that there is a wide range of individual variation in the response to salt," she says. "The problem is we don't know who the hyper-responders are."

Lichtenstein is a professor of nutrition at Tufts University and a member of the American Heart Association nutrition committee.

The AHA recommends not only restricting salt, but eating a diet that is high in fruits, vegetables, whole grains, and low-fat or fat-free dairy products to lower cardiovascular risk.

Studies suggest that following such a diet can have a modest but potentially important impact on blood pressure.

Lichtenstein lists not smoking, maintaining a healthy body weight, getting plenty of exercise, and limiting the amount of saturated and trans fats in the diet as the most important things people can do to reduce their risk of dying from cardiovascular disease.

"If people eat a diet like the one we recommend that includes plenty of fruits, vegetables, whole grains, and fish, they probably won't be consuming a lot of sodium," she says.