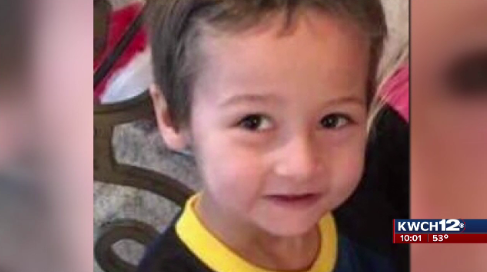 WICHITA -- The 26-year-old stepmother of a Kansas boy missing since Saturday has been arrested on two counts of child endangerment, Wichita police announced Wednesday.

Police say they received a call at about 6:15 p.m. Saturday to report five-year-old Lucas Hernandez was lost in southeast Wichita. When officers arrived, Lucas' stepmother said he was last seen at about 3 p.m. Saturday in his bedroom before she showered and fell asleep.

Officers and dogs have searched his home, neighborhood and the 216-acre Chisholm Creek Park. Officer Charley Davidson said Sunday that police have found no evidence that suggests Lucas was abducted, which is why no Amber Alert has been issued.

Deputy Chief Gavin Seiler said the case is now considered a criminal investigation. He wouldn't detail the nature of the child endangerment charges during a Wednesday press conference, but he said Lucas is one of the children the stepmother allegedly endangered. The other is a one-year-old child, Seiler said.

Seiler wouldn't comment as to whether police have been able to verify the stepmother's story.

Two relatives of the boy told the Wichita Eagle they had concerns about the boy's welfare in the past, and the child's great aunt said she contacted the Kansas Department of Children and Families last spring. The agency has not said whether or not they had contact with the family.

The child's great-grandmother Jeannie Houchin on Wednesday told the Eagle that Lucas once told her his stepmother kicked him and dragged him across the room. She said she reported the concerns to the state child protection agency, which wouldn't comment to the paper.

Houchin said when she asked the boy why he didn't like his stepmother, he replied, "She's mean to me."

She reportedly said she hasn't seen the child in about a year.

Seiler said the search for the boy continues and more charges are possible in the case. When asked whether he fears the case could become a homicide investigation, Seiler said, "We hope not."

"We hope we are going to be able to find Lucas and that he is alive and well," Seiler said.

State investigators and the FBI have joined in the search. Anyone with information is asked to call 316-383-4661.