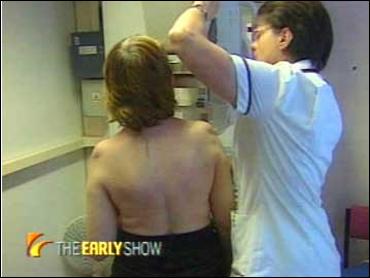 Twenty years of follow-up research on women with breast cancer has offered powerfully reassuring confirmation that cutting out just the lumps can save as many lives as mastectomies.

Dr. Monica Morrow, a Northwestern University breast-cancer specialist, said the findings should convince "even the most determined skeptics."

"It is time to declare the case against breast-conserving therapy closed," she proclaimed.

Her editorial was published Thursday with two studies in The New England Journal of Medicine. The studies - one Italian and one American - showed similar death rates after 20 years for large groups of women who underwent either mastectomies or breast-saving surgery.

Mastectomy, or removal of the breast, was the surgery of choice for most of the 20th century. Then, in the 1980s, largely on the strength of early data from these two studies, many doctors began to suspect that in women whose tumors have not spread, mastectomy works no better than cutting out only the diseased tissue.

The two landmark studies changed the way many surgeons treated breast cancer. By the end of the 1980s, the less-disfiguring procedure, often called a lumpectomy, was widely accepted on an equal footing with mastectomy for cancer that has not yet spread.

Still, breast-saving surgery is not always offered to women who are potential candidates for the operation. The researchers behind the latest findings hope to change that.

The researchers at the European Institute of Oncology in Milan split 701 women into two groups: one got mastectomies, the other got lumpectomies with radiation treatments. In the end, about a quarter of each group died of breast cancer over 20 years.

The American study of 1,851 women, backed by the government and run at the University of Pittsburgh, also found little survival differences between two similar groups. A third group of women who underwent lumpectomy without radiation also survived as well as others, though they developed recurrent cancer on the same side more often than women who got radiation.

Researchers say survival remains unaffected by the kind of surgery because it turned out that breast cancer is fundamentally a systemic disease, not one that simply spreads from an initial site. Systemic treatments, like chemotherapy, have increasingly been used in recent years.

In a 1999 survey by the American College of Surgeons, 57 percent of 145,681 operations for breast cancer were lumpectomies, and the rest were mastectomies. The sample included 1,480 hospitals.

About 90 percent of women with stage I disease — the earliest stage — are reasonable candidates for lumpectomy, according to Morrow. Yet only 68 percent chose it, according to the American College of Surgeons. Only 37 percent with stage II disease get lumpectomies, but only 75 percent are potential candidates.

The lead author at Pittsburgh, Dr. Bernard Fisher, said many women who could have undergone more narrow surgery have chosen mastectomies on the theory that you "get it out, and you're not going to have any trouble." But he said the evidence clearly shows no survival advantage for them.

A shadow spread over the American study in 1994 when a small fraction of data provided by a researcher in Canada was exposed as fake. However, the National Cancer Institute later cleared Fisher of misconduct and determined that the bad data did not change the overall findings.