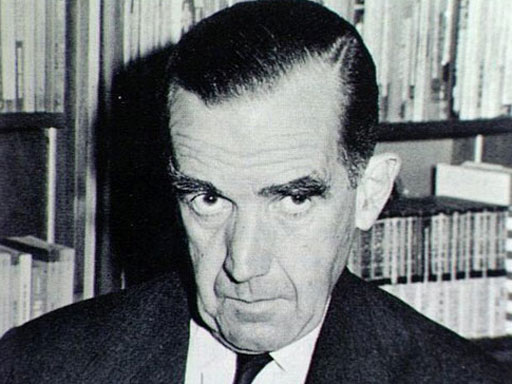 INDIANAPOLIS (AP) In this Year of the Retirement, Arie Luyendyk is the first to admit he doesn't quite measure up to Michael Jordan, John Elway or Wayne Gretzky.

"Those guys are legends," the Flying Dutchman said, looking a bit embarrassed to even be mentioned in the same class.

Still, at 45, he has a chance to end his racing career epitomizing the passion of Elway, the grace of Jordan and the class of Gretzky.

Luyendyk has the best seat in the house for the start of the Indianapolis 500 on Sunday. The two-time winner will be on the pole when the green flag falls, once again showing a group of cocky kids

one is half his age how to get around the 2.5-mile speedway.

No one knows how things will unfold for those next three-plus hours, but Luyendyk has a vision of how it ends.

He'll take one last lap around the track, wiping away tears while the memories wash over him. Then, he'll turn left into Victory Lane, gulp down some milk and say goodbye to it all.

"It would be unbelievable to finish my career off like that," Luyendyk said Friday. "It's almost too much to ask for."

Luyendyk is fading away on his own terms, announcing his retirement before the Indy Racing League season but coming back for the 500 one last time.

He's hardly some washed-up athlete, hanging on beyond his prime and clinging to his former glory. It was only two years ago that he won his second Indy 500. Last weekend, he claimed the pole with a speed of 225.179 mph.

Though his wavy, brown locks are tinged with gray and a few wrinkles have crept onto his face, Luyendyk still seems suited for life in the fast lane.

He was trim, tanned and dapper for his final news conference before his final Indy, adorned in a white shirt, black pants and shoes, with a checkered-flag ring on his left hand the one all Indy champions wear.

"I'm still competitive when I get in the car. I could probably be competitive for the next couple of years," Luyendyk said. "Eventually, I'm going to lose some of my timing, some of my reflexes. I don't want to discover that in the race car."

Luyendyk wasn't a huge winner on the Indy-car circuit. Saddled for many years with under-financed teams and slow cars, he captured only seven victories during his 15-year career.

"I'm sure I would have won a lot more race with a team like Penske or Newman-Haas," he said.

But, in spite of a road-racing background in Europe, Luyendyk always seemed to have a knack for Indy, where he holds the record for career winnings at more than $5.2 million.

"Either you get it or you don't," Luyendyk said. "or some reason, I just clicked with this track."

He'll drive one last time surrounded by the overwhelming respect of those around him. Even A.J. Foyt, who decked Luyendyk in Victory Lane during a disputed race in Texas two years ago, gushes praise for this European who seems so different than himself.

"If we can't win the race," said Foyt, a four-time winner who now runs his own team, "I hope he does."

Foyt laughs now as he recalls Luyendyk charging into the winner's circle "like a Texas bull" seemingly out of character for the humble, genteel driver. But that sort of outburst didn't surprise other drivers.

"He has a tremendous temper on the racetrack," 1996 Indy 500 winner Buddy Lazier said. "I remember when he flipped off a driver, knocked his headrest off and the whole field went yellow."

Luyendyk doesn't think the emotions will be overwhelming after Sunday's race, since he's already gotten used to the idea of retirement by sitting out the IRL's first three races of the season. He worries more about next year.

"That's when it's going to hit me," he said nervously.

But Luyendyk doesn't waver at all on his decision to retire. He's tired of packing his bags week after week. Never again does he want to awaken in the hospital after a hard crash, unsure of where he is.

These days, he's as happy lounging on his boat as he is sitting behind the wheel of a race car. He wants to spent more time with his wife, Mieke, and his four children at his adopted home in Scottsdale, Ariz.

"To me, the risks and the rewards just don't pay off anymore," Luyendyk said.

Luyendyk is not retiring completely. He might race in the 24 Hours of LeMans. He'll continue to serve as a TV analyst for IRL races. He's got plenty of sponsorship commitments to keep him busy.

There are no regrets.

"I'm happy with the way my career went," Luyendyk said. "I just want to be remembered as a regular guy who stayed that way, despite his success. I didn't become someone totally different than I was."