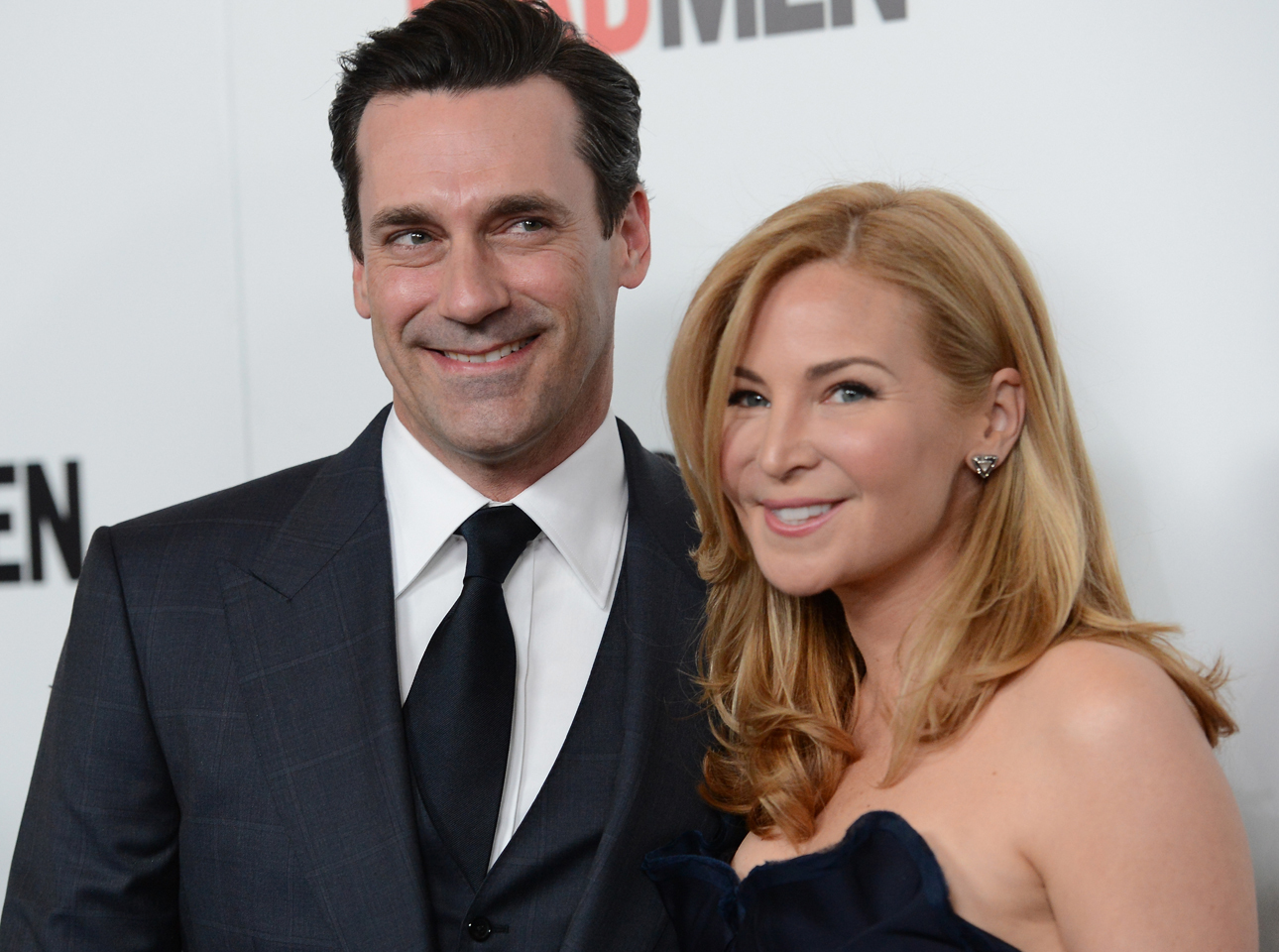 It was a swanky affair on the Hollywood red carpet Wednesday night as Don Draper and his "Mad Men" prepare to return to the office.

Creator/executive producer Matthew Weiner and star Jon Hamm were joined by the rest of the cast and crew of the Emmy and Golden Globe-winning drama for the season 6 premiere party, and no one was giving out clues about what to expect when the show returns April 7 on AMC.

"You know what, the real fans do not want any information," Weiner said on the red carpet Wednesday. "They do not ask anything, they only want to know when it is on. That is all anyone asks me."

Things were looking rather ambiguous when we last left off with the folks at Sterling Cooper Draper Pryce. Don had seemed to clean up his act with the help of new wife Megan (Jessica Pare) until she caught the acting bug and started doing commercials. The final scene of the fifth season's finale episode "The Phantom" hinted that Don might be returning to his old philandering ways.

And what about fan favorite Peggy? Will she be coming back to the agency after scoring a new job last season?

As actress Elisabeth Moss said at the premiere, "We will see what happens."

Watch video above from the red carpet.