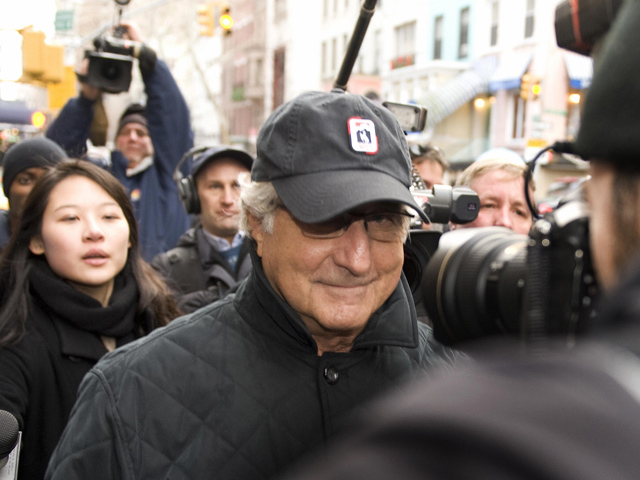 Checks ranging from $1,784 to $526.9 million were mailed on Wednesday to 1,230 former customers of Bernard L. Madoff Investment Securities LLC, according to trustee Irving Picard. The average payout is $2.02 million.

Complete list of Madoff's victims
How to protect against financial scams
Madoff one of many "cockroaches" like him?
Watch: "Midwest Madoff" leaves lives in ruins

Past victims of financial schemes of the kind carried out by Madoff in 2008 have historically recovered only pennies on the dollar, if anything. Often, bankruptcy trustees and other officials moved slowly to recover stolen funds, giving fraudsters time to stash their gains offshore. In this case, however, Picard moved quickly to locate Madoff's money and to sue any beneficiaries of the fraud.

Madoff plead guilty to 11 counts of fraud in 2009 and is now serving a 150-year prison sentence.

Peter Madoff, the younger brother and former business partner of the jailed schemer, plead guilty in June to charges of conspiracy and falsifying records. Peter Madoff insisted he knew nothing about his brother's massive scheme. He agreed not to contest a 10-year prison sentence.

Since the fraud was revealed in 2008, a court-appointed trustee has reached agreements to recover approximately $9.1 billion for the victims of the scheme.