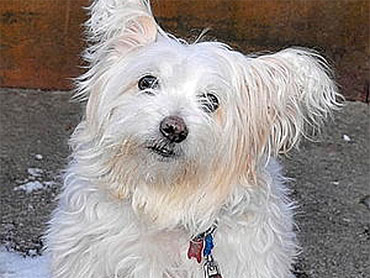 Madonna says she has canceled three Israeli stops on her "Re-Invention" tour because of violence in the region, including the killing of the leader of the militant group Hamas.

Madonna, who kicked off her worldwide tour in Los Angeles on Monday, told "Access Hollywood" that her manager wouldn't let her travel to Israel because of the "attack on the leader of Hamas."

"It's not a good idea to go there and do concerts," she told the syndicated entertainment TV show in an interview that aired Monday.

London tabloids had reported that the singer backed out of the Israeli stops, scheduled for Tel Aviv in September, after an unidentified Palestinian terror group threatened her and her children, Lourdes, 7, and Rocco, 3.

The Sun, a British tabloid, quoted a associate of the singer as saying that Madonna is "not ready to take chances with her kids."

Asked by "Access Hollywood" if she had been threatened, she replied: "No, if I had my way, I'd go. My manager wouldn't let me."

Madonna, who practices Jewish mysticism known as Kabbalah, included provocative images in the tour, such as video footage of a Palestinian boy and an Israeli boy walking arm-in-arm, and simulated sex during a tango with a female dancer.

According to her official Web site, her tour has 56 security guards backstage. A total of 110 people travel with the tour, five of them musicians.