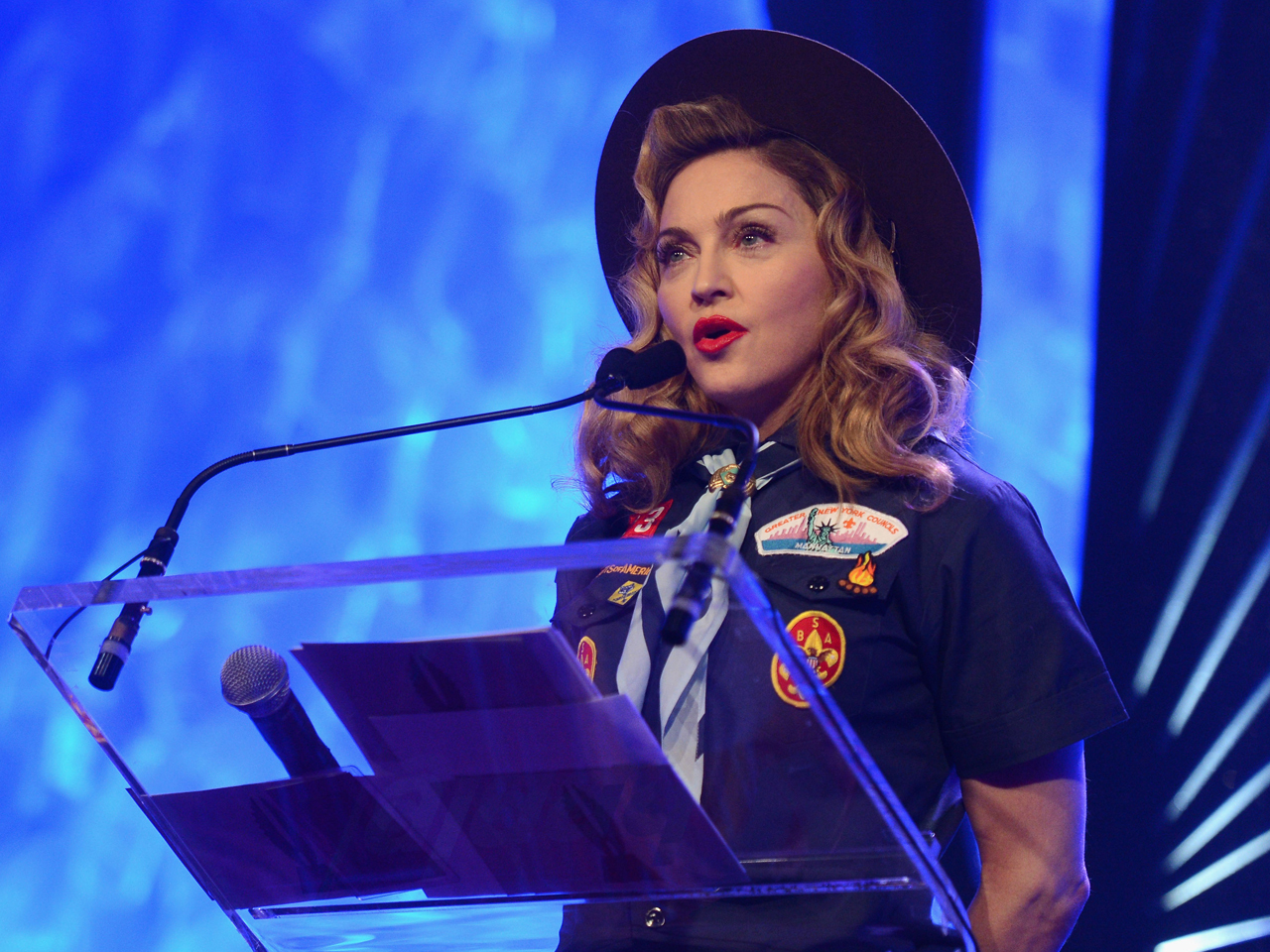 Wearing a replica of one of the organization's uniforms, Madonna called on the Boy Scouts to lift its ban on gays while also calling for a "revolution" to prevent discrimination and abuse of the gay, lesbian, transgender and bisexual community.

Speaking Saturday night at the GLAAD Media Awards in New York, Madonna started off in a mischievous mood. She joked that she wanted to become a part of the Boy Scouts herself, but was turned down, even though she had the qualifications.

"I can build a fire. I know how to pitch a tent," said Madonna, sporting a Boy Scouts troop leader hat and a blue shirt and shorts set that included replicas of Boy Scout badges.

"I can rescue kittens from trees. Most importantly, I know how to scout for boys," she said, before adding, "I think they should change their stupid rules."

The Boy Scouts of America does not permit openly gay people to serve in the organization - a decision that has come under increasing criticism over the years.

Later, Madonna got serious as she talked about the conflicts in the world and of the bullying of young gay, lesbian and transgender people.

"When I think about young kids in America who are being bullied and tortured, who are taking their own lives because they feel alone and judged, outcast and misunderstood, I want to sit down and cry a river of tears," Madonna said.

Noting that she has teenagers herself, she said, "It's an atrocity to me, I don't accept it."

Later she said, "I don't know about you, but I can't take this (expletive) anymore. That is why I want to start a revolution. It's 2013 people. We live in America, land of the free and home of the brave? That's a question, not a statement."

The awards are presented by the Gay & Lesbian Alliance Against Defamation. which promotes the image of the gay, lesbian, transgender and bisexual community in the media.

Madonna was on hand to give the Vito Russo Award to CNN anchor Anderson Cooper, who is openly gay. She lauded Cooper for standing up for the rights of others.

Also honored by GLAAD were the NBC musical series "Smash," a drama about staging a Broadway show; the documentary "How To Survive a Plague," and the TV reality show "The Amazing Race." Brett Ratner was given the Ally Award - a turnaround from 2011, when the organization condemned the film director for using an anti-gay slur, leading him to step down as director of the 2012 Academy Awards in the ensuing controversy.

Since then, Ratner has worked with the organization and made a public service announcement to promote equality.

Madonna was on tour for much of 2012 to promote her latest album, "MDNA." She was supposed to visit Australia in early 2013, but scrapped her plans so she can spend time with her family.