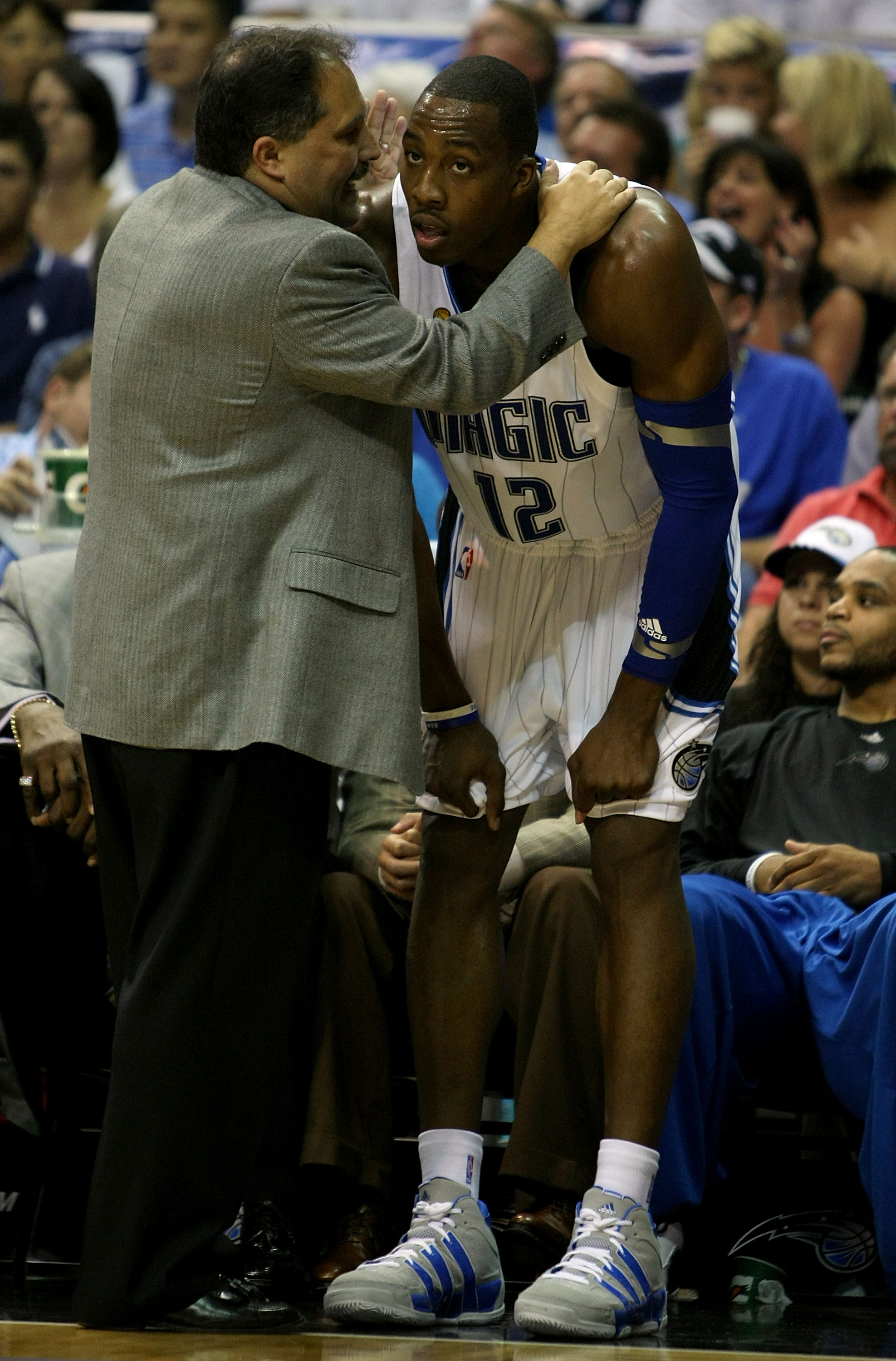 Smith and Van Gundy's relationship with Dwight Howard was the centerpiece of a soap opera that weighed down the franchise all season after the All-Star center requested a trade.

The Magic lost in the first round of the playoffs for the second straight year. Orlando went 37-29 in the regular season but was eliminated in five games by Indiana after a rash of late-season injuries that included back surgery for Howard. Orlando went 5-12 without him.

In early April, Van Gundy claimed top-ranking team officials had told him that Howard had asked management to fire Van Gundy as a condition of the center signing a long-term contract beyond 2013.

"I know he has," Van Gundy told reporters after a practice last month. "That's just the way it is. Again, I've been dealing with that all year. It's not anything real bothersome. You go out and do your job."

Smith departs after six years. He was the architect of Magic teams that made it to the playoffs in each of those seasons, winning the Eastern Conference championship in 2009.

Magic CEO Alex Martins said in a statement that "it's time for new leadership and new voices."

"The disappointment of getting eliminated in the first round of the playoffs these past two seasons played a primary role in our decision, as we feel our momentum towards winning a championship has paused," Martins added.

The day after the Magic's season ended with the loss to the Pacers, Smith said that he would need a few days to even decide whether he wanted to return to that position following the tough year, setting it as a "50-50" chance.

Van Gundy said at the time he wanted to return and was hoping that the ultimate decision would be about performance solely.

"Those kinds of professional relationships should be based on results, not on do we like each other or whatever. So to me, the relationship was great. There's a lot of wins and everything else."

But both also have acknowledged that this season was trying not only for the Magic players, but the organization as a whole.

"This season, and we've been digesting it all year, has been the longest, shortest season that we've had," Smith said. "But it's something that you have to go through. Most sports franchises at some time go through a little bit of uncertainty and this is our time."