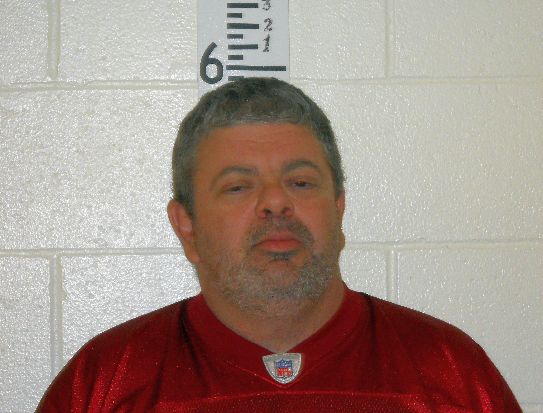 (CBS) Federal authorities in Maine charged 49-year-old Timothy Courtois Tuesday with weapons and drug counts after stopping him for speeding, and finding a cache of weapons, including an AK-47, a machine gun, ammunition and news clippings about the Colorado "Batman" movie theater shooting that killed 12 people on Friday.

When state police stopped Courtois early Sunday morning they say he told them he was on his way to shoot a former employer a day after watching "The Dark Knight Rises."

"We don't know what his true intentions were," said Steve McCausland, spokesman for the Maine Department of Public Safety. "Based on the arsenal that was confiscated, we brought in our counterparts from the FBI and ATF to assist with the investigation."

U.S. Attorney Thomas E. Delahanty II said Courtois is charged with making a false statement in the acquisition of a firearm and two counts of firearms possession by an unlawful user of controlled substances.

State police said when they stopped Courtois early Sunday morning on the Maine Turnpike they found six firearms and a substance believed to be "K2," a synthetic form of marijuana, and that a subsequent search of the suspect's apartment turned up additional firearms and thousands of rounds of ammunition.

Federal authorities said that on July 20, Courtois purchased a .223 caliber rifle from Cabela's in Scarborough, Maine and that to make the purchase he claimed he was not an unlawful user of controlled substances, even though he was using both marijuana and K2.