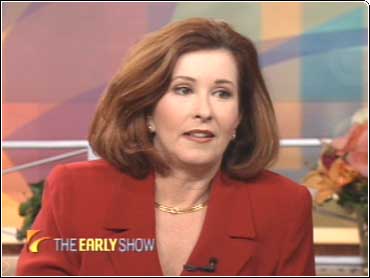 Online auction spending has doubled to $2.3 billion and is estimated to grow to $6.4 billion over the next two to three years. Some people are cashing in on the booming online economy and have turned selling online into a full-time job.

Hakan Senkal works at a tiny espresso stand just outside Seattle. In between customers, he runs a business selling old books and magazines on Amazon.com's online auction.

"I'm not going to sit here waiting for someone to show up for a coffee and doing nothing," Senkal says. "With this, I can do my business. So, I can kill two birds with one stone."

Senkal makes thousands of dollars every month from his online business.

"I'm one of the category who say there is no limit to what I can make," Senkal says. "And I'm sure, if I meet you in two years' time, I'll be one of the millionaires."

Like many women, Barbara Lautman of Washington, D.C., once struggled to balance her family and career.

"I have three children," Lautman says. "I would leave for work in the morning, and sometimes I wouldn't come home till 9 o'clock at night."

Three weeks after she started selling antiques on eBay, she quit her job, and just two months later, she had made enough money online to open her own antique store.

Lautman says that "eBay is a whole new resource."

"It really opens up your audience," she adds.

"I'm able to be much more involved in my kids' lives," Lautman says. "I'm able to meet their buses, which I never did before. It's really great."

"It's not easy. You have to know what you're doing," Collier says. "But the rewards are limitless. If you work at anything in this country, you can be successful, and eBay gives you a wide open space to do it in."

The online auction is a "marketplace for anything," says Collier. "It's great for everybody. And it's open to anybody."