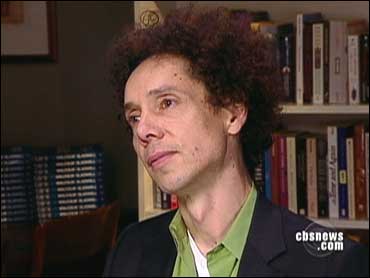 (CBS) "Tipping Point" author Malcolm Gladwell is taking some flak these days for his contention that relationships forged by social media sites like Twitter and Facebook are not strong enough to overthrow governments.

The best-selling author and New Yorker writer argued in a feature piece in that magazine last fall that that social media sites could not play a central role in a revolution.

"The platforms of social media are built around weak [inter-personal] ties," he argued in his piece. And "weak ties seldom lead to high-risk activism" of the type needed to overthrow a government."

But this month, the government of former Egyptian President Hosni Mubarak was brought down by non-violent protesters who organized their revolt on social media sites.

In a Feb. 2 blog post in the New Yorker , Gladwell argued that the role of Twitter in the Egyptian crisis was incidental and cited many revolts that took place long before social media existed. "People protested and brought down governments before Facebook was invented," he argued.

Gladwell, whose best-selling books include "Outliers," "Blink," and "What the Dog Saw: And Other Adventures," was included on Time magazine's 2005 list of 100 most influential people.