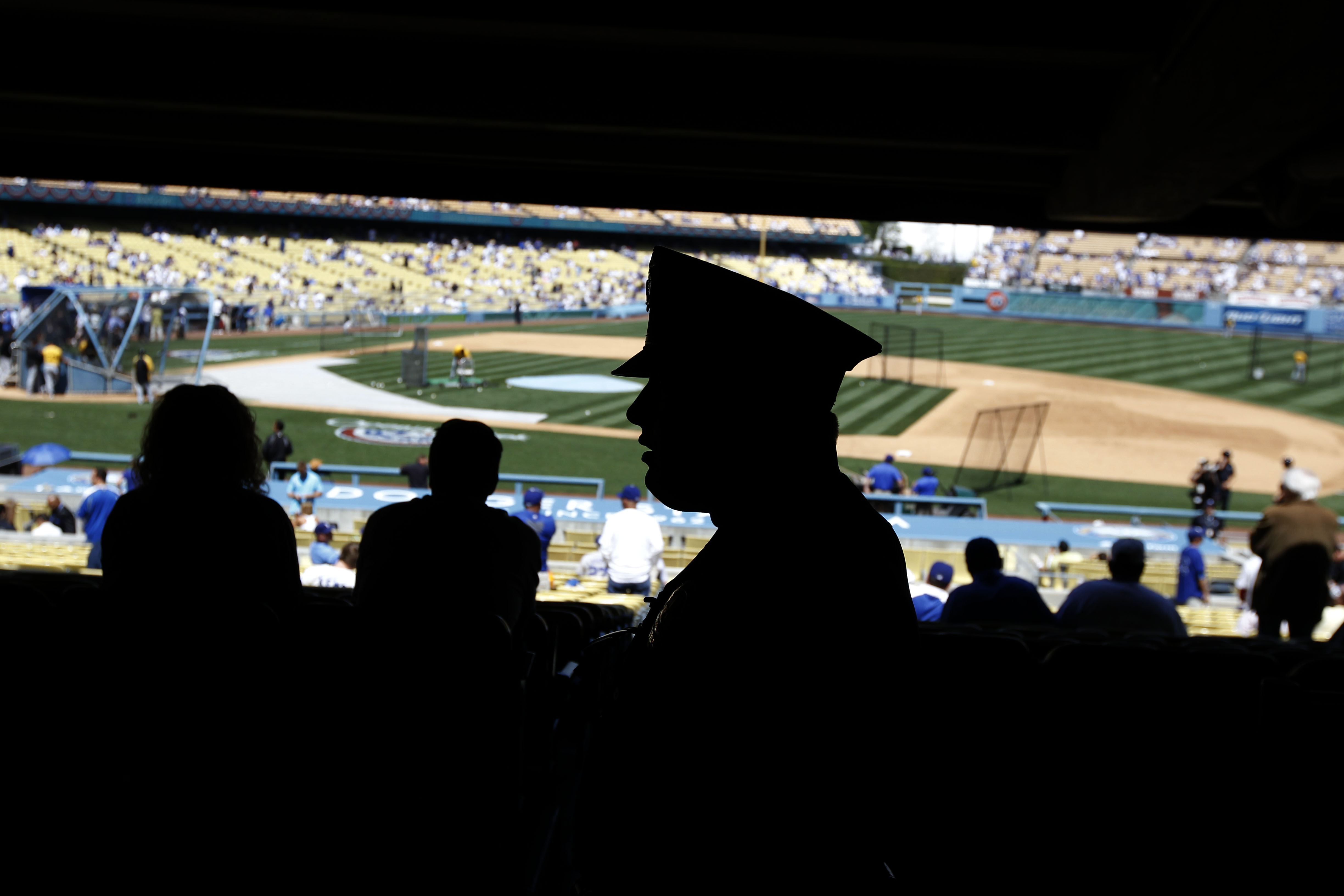 (CBS/AP) LOS ANGELES - A minor fender bender in a Dodger Stadium parking lot over the weekend led to the beating of a driver and the arrest of four people more than a year after a San Francisco Giants fan was left with brain damage after an attack on opening day, police said Monday.

The latest attack occurred Sunday, when the victim, a man in his 20s, had a collision with another driver and three other men pinned him down, police said.

The other driver kicked and hit the victim in the head and face while he was on the ground, police Sgt. David Armas said.

"It was just a minor fender bender that just got totally out of hand," he said.

The victim, whose name was not released, had scrapes and cuts to his face, but his injuries were not life-threatening, Armas said. A woman in the victim's car who is eight months pregnant was not hurt, but she was examined at a hospital as a precaution, he said.

The four men, all in their 20s, were arrested for investigation of assault with a deadly weapon. The four were identified as Arthur Morales, 30, Alan Trujillo, 29, Ulisis Briceno, 26, and 29-year-old Alejandro Briceno, CBS Los Angeles reports.

Calls to Dodgers representatives seeking comment were not immediately returned Monday. The team said earlier this year that security was a "paramount priority."

The violence came after Giants fan Bryan Stow was beaten last year. Two men have pleaded not guilty to charges including mayhem and assault. Stadium officials beefed up security after that attack.

Stow's family has filed a lawsuit against the team and previous owner Frank McCourt, claiming security cutbacks were partially to blame for the attack.

The Dodgers were sold earlier this year to an ownership group that includes NBA legend Earvin "Magic" Johnson.

Cmdr. Andrew Smith said the officer who detained the suspects was an off-duty LAPD officer who was working in uniform for the Dodgers.

Dodger Stadium is one of the few places that LAPD allows officers to be hired by an outside organization and to wear their police uniform, Smith said.

Police were out in full force on opening day last month and reported a drop in the number of arrests and public drinking citations from opening day the previous year.

Police have said officers wearing rival team jerseys will be at every home game.

"We've maintained that high presence throughout the year," Smith said.

The beating occurred after the Dodgers' 6-5 win over the St. Louis Cardinals.