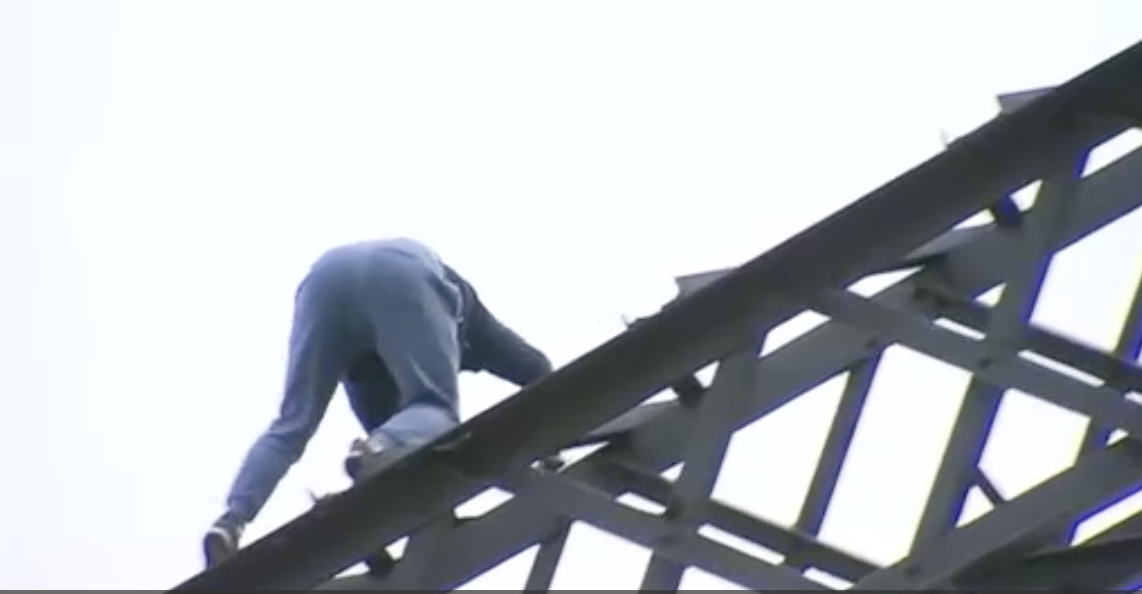 A man illegally climbed the Sydney Harbour bridge on Wednesday, bringing traffic to a standstill and triggering a major police operation. The man reportedly rode his bike to the bridge and began his climb at 4 a.m. local time. It is unclear what prompted the unidentified man to climb the 440-foot bridge.

Police spent hours negotiating with him to come down from the bridge, and the car lanes below were blocked off. It took five hours of negotiating to coax the man down.

"Incredibly dangerous. I was seriously concerned for the traveling public traveling underneath him. I did not want him to fall and come into contact with an innocent member of the public," police officer Michael Fitzgerald told Australia's Network Ten.

The 44-year-old climber was described as "distressed and rambling," when officers finally convinced him to walk back down, Network Ten reports.

The news outlet says "the motive of the individual is based on a family issue," but it is unclear what that issue was.

The man was taken to the hospital and is in stable condition. He is expected to be charged for his crime.