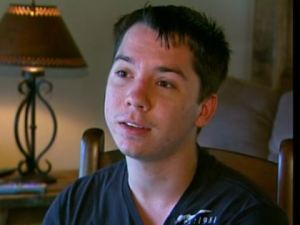 (CBS/AP) NEW YORK - James Whittemore, the aspiring actor who police say went on a rampage in the theater where David Letterman tapes his shows, pleaded guilty on Monday to a misdemeanor criminal-mischief charge.

Whittemore, 23, entered the Ed Sullivan theater after-hours last July and smashed some of the theater's glass doors. He also damaged pictures, phones and other items, according to authorities.

Whittlemore, now a radio disc jocket in Massachusetts, told police he had had a dozen beers and several shots and didn't remember much of what happened.

That night on "Late Night," Letterman made light of the incident.

Whittemore paid nearly $7,000 compensating the theater and underwent alcohol-abuse treatment. He won't have to do jail time.