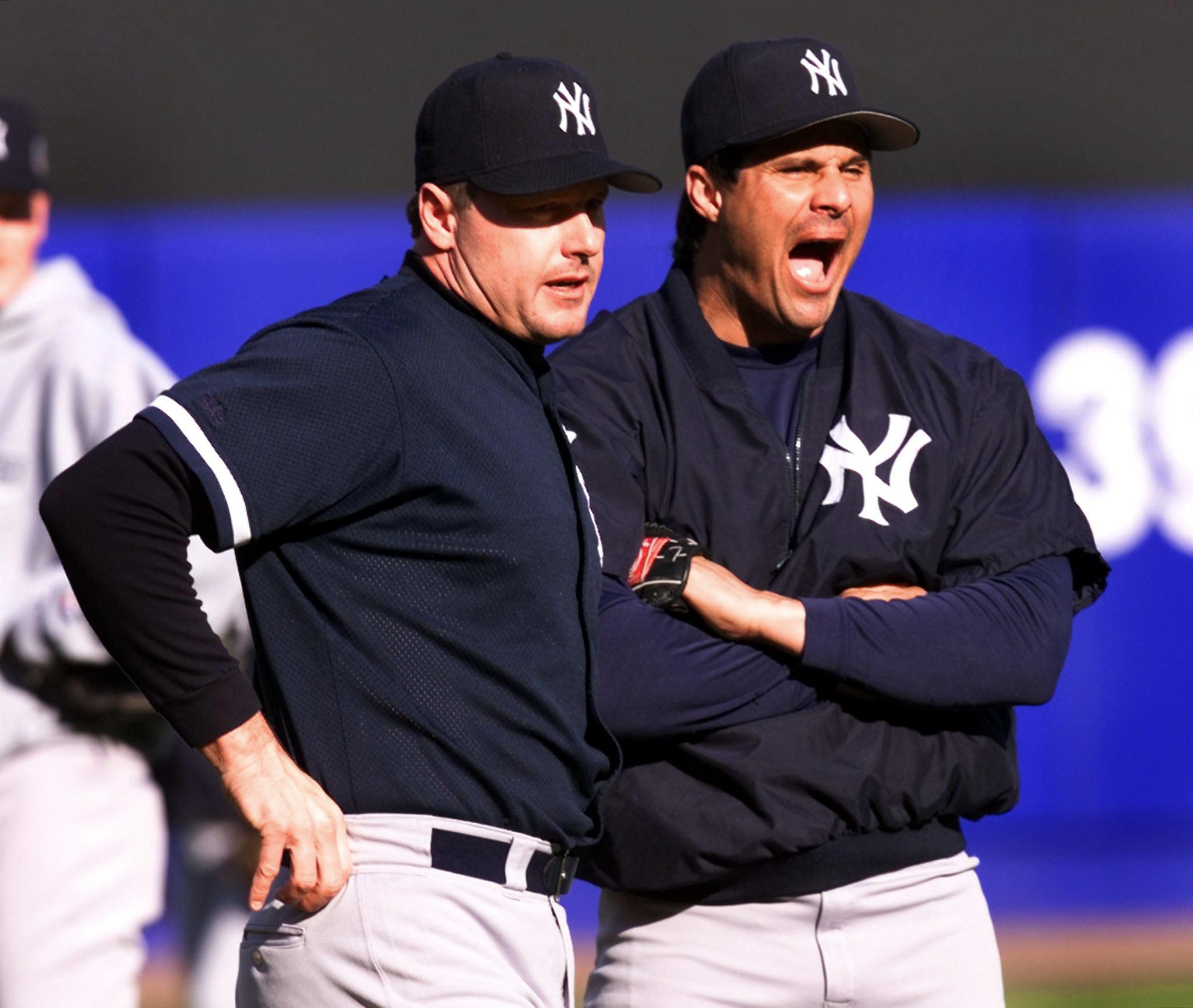 (AP) WASHINGTON - A man testified Monday that he saw Roger Clemens at a 1998 Jose Canseco pool party that the former pitcher has denied attending, which is one of the false statements prosecutors allege Clemens made in his 2008 congressional deposition.

Prosecutors showed jurors a photo of the then 11-year-old Alexander Lowrey on the deck of the pool, next to a smiling Clemens who is standing in the shallow end of the water. The former pitcher's hair is bleach-blonde, which is how Lowrey said he recalled it.

Lowrey, now 25, said he had been invited to the party in south Florida by a handyman who worked for his family's business as well as Canseco. At the time, Clemens and Canseco were teammates with the Toronto Blue Jays. Lowrey said he played baseball back then and looked up to Clemens as "one of the best pitchers in the game."

Brian McNamee, Clemens' longtime strength and conditioning coach, has testified that he overheard a conversation that season between Clemens and Canseco about steroids in the Blue Jays clubhouse. McNamee claims he injected Clemens with performance-enhancing drugs in 1998, 2000 and 2001; Clemens' denials of those claims at a 2008 House hearing and deposition led to his indictment for lying to Congress.

"I never was at the party," Clemens says in his congressional deposition. Later, he says, "I wasn't here at this — at a party that he had. I could have gone by there after a golf outing. So — but I was not at this party." Clemens' lawyers have said that Clemens was golfing that day.

Clemens accuser: I "misspoke" about evidence
McNamee admits initially lying about steroids
Clemens accuser McNamee: "I didn't make it up"

McNamee hadn't been allowed to name the players before, but U.S. District Judge Reggie Walton said Monday he would allow it to rebut the suggestion made by Clemens' lawyer during cross-examination that McNamee solely targeted the former pitcher in his accusations.

Both Pettitte and Knoblauch told congressional investigators in 2008 that McNamee injected them with HGH.

Prosecutors, who hope the information about the three players will help rehabilitate McNamee's credibility, finished their redirect questioning of McNamee on Monday.

Also Monday, prosecutors put on the stand a Miller-Coors manager who testified about the infamous Miller Lite can that McNamee said he used to store some of the evidence he collected from Clemens, such as syringes and medical waste. The witness, Anthony Manuele, looking at markings on the bottom of the can, was able to confirm that it would have been on shelves between August 2001 and Nov. 15, 2001 — coinciding with the August timeframe that McNamee said he put the items in the can.

Manuele couldn't resist a little bit of product placement, saying the company pulls the cans from shelves after a certain period because "we want consumers to enjoy the great taste of Miller Lite while it's still fresh."

Clemens' lawyer Rusty Hardin, on cross-examination, needled prosecutors by asking Manuele, "You don't sell these beer cans to keep needles, do you?"`

The judge sustained a government objection, but not before Manuele could answer, "No sir."

The trial is now in its sixth week.