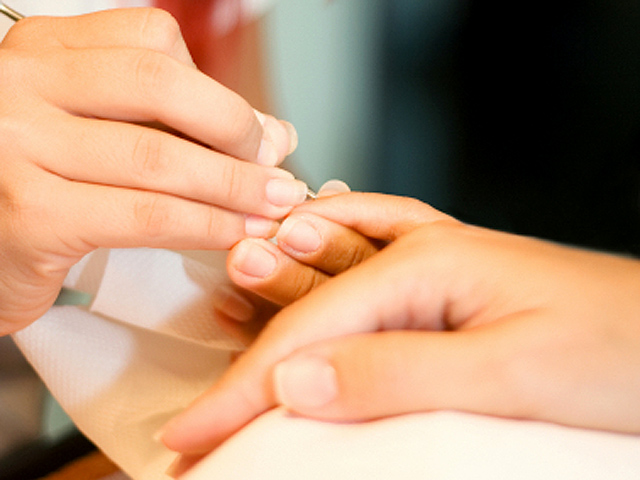 (CBS) MINNEAPOLIS - Ever had a bad mani-pedi? Did you refuse to pay, steal some nail polish, threaten an employee with a box cutter and throw acetone in his face?

According to the precinct report, the woman became upset after her manicure and pedicure and refused to pay.

She was allegedly verbally abusive toward employees before she took a bottle of nail polish and left. About 15 minutes later, the woman returned with a box cutter and tried to take more nail polish, CBS Minnesota reported.

A 45-year-old male employee blocked her path, according to police, so she held the box cutter to his face and then sprayed him with a bottle of acetone. Police say the woman then swung the box cutter at the man, causing him to fall, and sustain some bruises and scrapes.

The disgruntled customer reportedly fled in a vehicle driven by another woman.

Officers stopped the vehicle, and arrested the "mani-pedi thief." She was booked in Hennepin County Jail for possible robbery. Her accomplice was cited and released.

They probably won't be receiving any discount offers from Crystal Nails in the future.