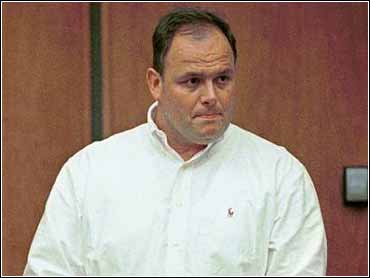 A hockey dad has been indicted on manslaughter charges in the beating death of another man at their sons' game.

Thomas Junta, 42, was indicted Thursday for the July 5 fight with Michael Costin over rough play between their sons, and faces up to 20 years in prison.

Costin, a 40-year-old father of four, later died at a hospital.

District Attorney Martha Coakley said there is no evidence that Junta was trying to kill Costin.

The death has become a national symbol of parental rage at youth sporting events. Some youth sports leagues have adopted a sportsmanship training program developed by the National Alliance for Youth Sports that includes an 11-point code of ethics parents must sign.

In Waukegan, Ill., a 16-year-old hockey player charged with injuring a rival player during a match, leaving him paralyzed, was found guilty Monday of misdemeanor battery.

The Glenbrook North High School student agreed with prosecutors that he used his stick to push New Trier High player Neal Goss into the boards a second after the buzzer sounded during a junior varsity game in Gurnee on Nov. 3. Both players were 15 at the time. Goss, also now 16, is paralyzed below the waist and has limited use of his arms.

The defendant entered a so-called Alford plea, not admitting guilt but agreeing to facts that allowed the judge to then find him guilty. He pleaded to a charge of simple battery, which carries a maximum penalty of one year in jail.