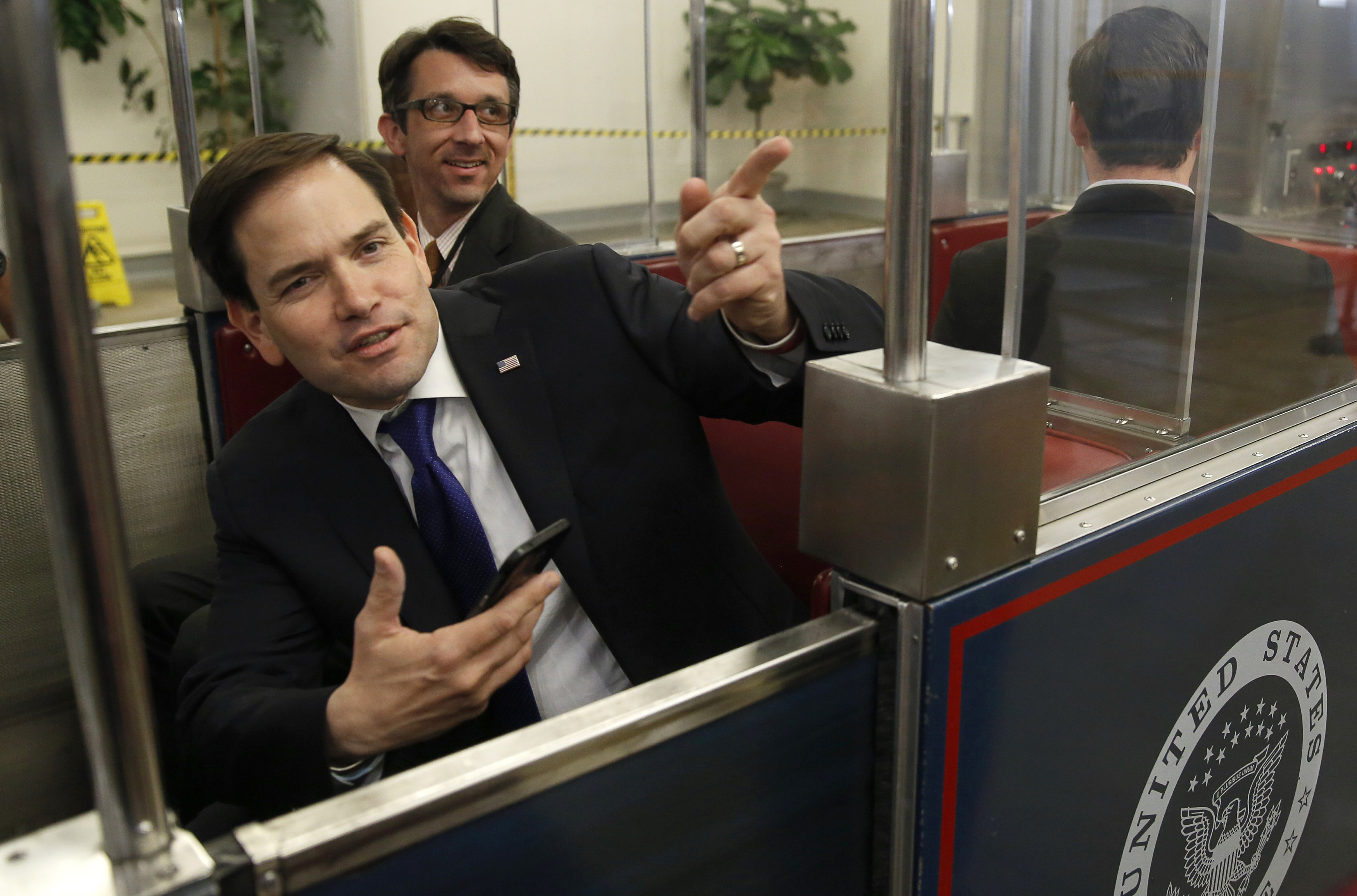 Thursday's return to Capitol Hill was a homecoming of sorts for Sen. Marco Rubio, who departed the Republican primary race earlier this week after a crushing defeat in his home state of Florida. But while Rubio appeared eager to return to his Senate post, he couldn't seem to get away from questions about the White House contest.

Asked Thursday whether he would consider the vice presidency, Rubio told reporters pointedly, "I'm not going to be anybody's vice president."

"I don't mean that in a disrespectful way," he continued. "I'm not going to be vice president, I'm not running for governor of Florida, I'm going to finish out my term in the Senate over the next ten months. We're going to work really hard here and we have some things we want to achieve. And then I'll be a private citizen."

He added that he would not seek reelection in his home state either.

Asked if he would endorse a candidate, the Florida senator said that he was still "talking through it" with advisers.

"I don't have anything to announce today," Rubio said. He also clarified his recent remarks on former rival Ted Cruz, whom he called "the only conservative left" in the race during a conference call to Minnesota supporters.

"Clearly, I mean, Ted's positions on issues are conservative," Rubio said. "But I don't have anything further to elaborate on...I like Gov. Kasich. I just -- that was my opinion."

When pressed on whether he would return to the race if Republicans encountered a contested convention in July, the former candidate said that it was "certainly not anything we're planning on."

"If you go into convention and not anyone has the requisite number of delegates, there are rules that account for it," he noted. "But it's not some part of our calculation."

Rubio predicted that Donald Trump would not be able to win enough delegates to clinch the nomination, saying "It doesn't appear to be headed there."

"There's still an open question about whether he gets to 1,237 [delegates], and we'll see as it plays out," he said. "I don't think that's the ideal outcome for the party. I think in an ideal world you have a nominee, people coalesce around the nominee, and it gives you a stronger position in the general election. I don't believe Trump will ever be able to do that."